Education Cuts, or Cut Your Losses

Since the first day of kindergarten, we have been taught that rewards would flow in consistently, if we put education first. Current legislation regarding North Carolina education, more specifically its teachers, takes a sharp 180 degree turn from that belief. Gov. Pat McCrory, as well as the N.C. Senate have passed laws that not only take away tenure for future teachers, but also freezes their salary, even those with an advanced degree.

Gov. McCrory’s quest to reform traditional education in North Carolina as we know it, serves as a means of budgeting. One particular bill included in this reform calls for the expansion of charter schools, including the use of enrollment vouchers, cutting jobs of teachers’ assistants, as well as increasing investments in Teach for America, rather than traditional teachers themselves. A school safety measure has also been passed that makes it legal for permit holders to carry concealed weapons in locked cars on school campuses as well as public universities. Legislative measures such as these add to the startling fact that North Carolina currently ranks 46th in average teacher pay.

The question is raised on where North Carolina education efforts will go from here. Most teachers go into the profession knowing that it won’t bring a lot of monetary value, but rather a personal value. Knowing that anything they may say or do can make a huge difference in a students life makes the job as a teacher much more valuable than what their salary may show. People who intend to make a future career out of education are also concerned about these legislative effects.

Colby Gupton, a N.C. State student majoring in Agricultural Education said, “N.C. legislature is crippling the state’s public education system. As an N.C. native and future teacher, I am concerned about the quality of education students will receive in years to come.”

Today’s teachers face an unprecedented number of responsibilities; all of which directly correlate with the rising standards of society and a global marketplace expect high school graduates to meet. It is unfortunate that we continue to let our educators and future students down. Removing funds, striking down compensation for Master’s degree and the advent of a new publicly funded private school voucher system; serve as a reminder for educators that their efforts are continually undermined.”

Chris Smith, a student majoring in Biological Sciences, agreed with Gupton saying, “Without the incentive, and with the combined lack of pay and respect shown towards its teachers, North Carolina’s public education system will receive [either] a major facelift in the next couple of years, or be completely destroyed.”

We have to consider whether or not we are being hypocrites in the values that we teach our kids. Parents preach that hard work and dedication will be consistently rewarded, but this same proverb is falling on the deaf ears of North Carolina lawmakers. It seems as though we’re taking advantage of those whose passion is for teaching, regarding them as resources that will be here no matter what happens. These laws that may seem small to others, could take on a snowball effect in the near future. Without any sort appreciation or increase in pay, teachers could be forced to move on and cut their losses. If that happens, where would we get educators for our children? Lawmakers have to consider these scenarios when they decide to take away from one of the most vital parts of our lives: education. The seed of knowledge will never be able to grow and become rooted if no one is there. 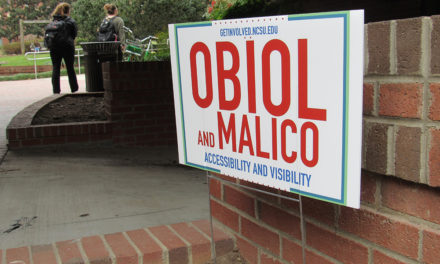