Pastors have a tendency to be opinionated individuals. Most that have attended at least one church service can attest to that. From popular culture to local hearsay, pastors typically address and dictate their feelings on topics other than their specific religion directly.

Pastor A.J. Aamir of Resurrecting Faith Church in Waco, Texas, has taken this a step further and targeted a subject that hit close to home with many members of his congregation. In an effort to eradicate the wearing of hair extensions, Aamir said “women wearing weaves presents a false image of themselves and are associated with women with low self-esteem.” The Texan pastor believes that natural beauty should be the only type of beauty, but has also mentioned the financial situation a lot of the members of his congregation are in. He does not understand how some women can struggle financially, yet at the same time, afford three hundred dollar weave.

Aamir raises very valid and interesting points, yet at the same time, leads people to question what specifically about weave is so bothersome. Aamir is targeting an issue that is only relevant to women. His statement brings about questions about the way men express their esteem, or lack thereof, and why women are the only ones “more focused on what’s on their heads than in their heads.” There are several other attributes that are associated with low self-esteem- from the clothes one wears to the obscene prices they are willing to pay for them. Aamir neglects the other actions that indicate low self-esteem. Is this because he feels women are more likely to be victims, or is it that wearing weave is is the only offense worthy enough to mention to the congregation as a whole?

The question that really needs to be answered is how much influence Aamir, or any religious leader, should have over their community. During the Presidential Election, there were several religious leaders throughout America that endorsed or rejected the candidates based on their own personal preferences. This, in turn, influenced the members to illegitimately support candidates they would not have otherwise. Everyone is entitled to an opinion and everyone, ultimately, has one on every topic. The ability of an authority figure to use their position of power to change the opinions and actions of others is debatable. Aamir’s opinion on weave has no religious value, in fact. His only claim is “women are getting weaves trying to be something and someone they are not.”

It is not a pastor’s job to determine who a woman is or what she represents. Unless wearing a weave had become problematic with his teachings, the claims Aamir has made are not only unwarranted, but superfluous in his setting. A pastor’s job is to spiritually motivate and counsel their community, when the pastor’s opinions become secular rather than sacred, the pastor neglects to follow the religious teachings to which they are bound.

Controversy in the black community 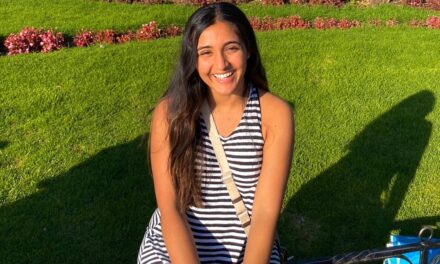 GUEST COLUMN: We Need To Help Our International Students