DeMonte’ Alford is barely a quarter-century old. However, despite his young age, he has already made strides in fighting injustices that long precede his birth.

On Saturday morning, Alford took a five-hour bus-trip to the Nation’s Capital where he was among thousands of people who joined in commemorating the 50th anniversary of the March on Washington for Jobs and Freedom.

A junior at East Carolina University, double majoring in Political Science and African American Studies, Alford knew early on that he would make the trip to D.C. for this year’s march. “August 28th is a historic day— it’s the day they found Emmett Till’s body and it was the day of the original march on Washington,” said Alford. “Three years ago when I learned that, it was my freshman year of college. I knew then that I would go.”

As the current president of the ECU Chapter of the National Association for the Advancement of Colored People, Alford comes from a family with a long history of social involvement. According to Alford, in 1962 his grandfather, Delma Rattliff, was one of the first African Americans to vote in Scotland County, North Carolina.

Although many people who belong to the generation of Alford’s grandfather have pessimistically described today’s youth as lazy and apathetic toward creating social change within the United States, Alford is among the optimistic minority who beg to differ.

“Moral Mondays have really brought back politics,” said Alford. “There are people of all backgrounds coming together…people of this age are being arrested, paying the consequences for civil disobedience…there is a budding movement happening, and its developing in front of us.”

According to Alford, one of the largest incubators for this movement is social media. “Twitter is an extremely powerful tool that we have,” said Alford. “It allows for mass consumption, and it really cuts down on the middle time and travel time when you can speak instantly to a person who’s on the other side of the world.”

For Alford, one highlight of being at the anniversary of the March was hearing a speech delivered by Phillip Agnew, executive director of the Dream Defenders, an organization working to bring about social justice by “training and organizing youth and students in nonviolent civil disobedience, civic engagement and direct action.”

Alford who says he supports the mission of the Dream Defenders, does not feel that Dr. Martin Luther King, Jr.’s dream has been realized. “A lot of people say that Dr. King’s dream has been realized because a colored man is living in public housing in D.C., but, when verdicts like those in the cases of Jordan Davis, and Trayvon Martin are able to happen in courtrooms in the South, we still don’t have the upper mobility to decide our destiny. Don’t get caught up in the grandiosity of this anniversary…remember the whole speech, not just I have a dream.”

CBS news reported that tens of thousands of people visited D.C. to attend the anniversary of the March. For Alford, it is a crowd that he won’t easily forget. “The moment I stepped off the bus, it was instant excitement,” said Alford.  It was an atmosphere that you can’t describe in words. It takes away any kind of doubts you might have in the Movement, and lets you know there are [other] people like you.”

One such person like Alford, is Deona Hooper, editor-in-chief of Social Work Helper, a magazine that discusses issues relevant to social work and social justice.

Hooper, who is based out of Durham, N.C., traveled to the anniversary of the March on Washington because she felt it was her civic duty.

“I [recognize that] I was a beneficiary of the Civil Rights Movement,” said Hooper. “[But] My Children and people my children’s age are growing up with opportunities and don’t realize how those opportunities got there.”

Among the Civil Rights Leaders to help create social change and create opportunities within the United States during the peak of the Civil Rights Movement, was Reverend Al Sharpton, who according to Hooper, “summed up the essence of what [the March on Washington] meant,” during his address at the 50th anniversary.

“There were so many nuggets and jewels [in his speech] about what this [march] should be,” said Hooper. “A lot of people may have looked at [this march] as a celebration for what [the original march] was, but it is really a call of action for institutional racism and house cleaning in our own community.”

A graduate of both Methodist University and the University of North Carolina at Chapel Hill, Hooper was impressed by the diversity represented in the crowd.

Something she was not impressed with however was the lack of discussion surrounding the anniversary of the March on social media.

“Twitter is where collaboration can happen, but young folk who are not civically engaged, they are not on Twitter,” said Hooper. “The MTV Video Music Awards were Sunday and that’s what people are talking about. If you depend on Twitter, the radio and Facebook, the VMAs are dominating the culture.”

What Exactly Is Going On? COVID-19 Related Refunds 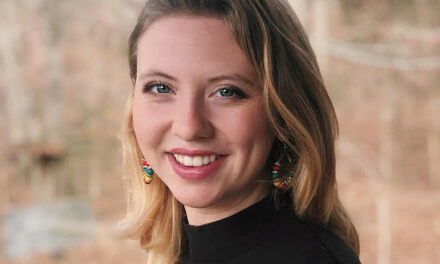