Shaw University Damaged at the Hands of the Tornado

Raleigh – On Sunday afternoon, Shaw students packed up their dorm rooms after an unexpected early closure for the semester following the tornado that surged through Raleigh on Saturday afternoon. Shaw University administrators made the decision to cancel classes for the remainder of the semester due to extensive damage the university faced from the storm.

After assessments were completed on Sunday morning, it was determined that it would be impossible to safely conduct classes as usual. The president of Shaw University, Irma McCaurin, PhD posted an announcement on the university website, Sunday at noon with details of the closure.

McClaurin stated that students will be graded based on work that they have completed thus far in the semester and that graduation activities will proceed as scheduled. Math and English competency exam requirements for the year have been suspended as well. The university is planning to assist students who are returning home for the summer.

Several dorm rooms and the Willie E. Gray Student Center, which houses the school’s cafeteria were severely damaged by the storm. It was reported by the university that the student center received the most damage as the tornado created a hole in the roof of the building.

The Raleigh Red Cross set up a temporary shelter for students at Southeast Raleigh High school to house students who were living in damaged dorms. In addition to this, the Golden Corral in Garner provided food for the students.

On a positive note, no students, faculty, or staff were reported to be injured by the storm.

“I wish each and every one of yoty. I am confident the university will return stronger and better than before” said President u a safe passage home, and ask that you say a strong prayer of hope for Shaw UniversiMcClaurin.

A Shaw University student posted a video detailing the aftermath of the tornado:

Updates of the situation can be found at shawu.edu 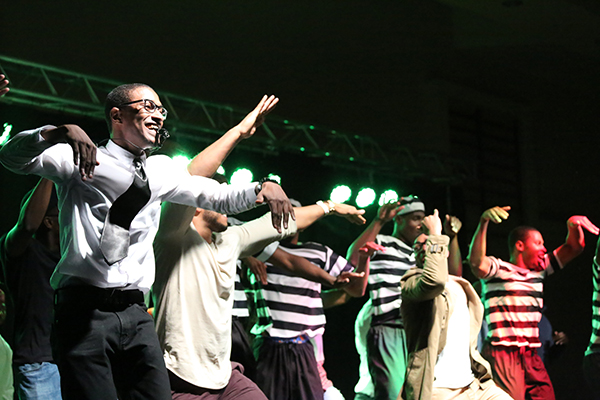