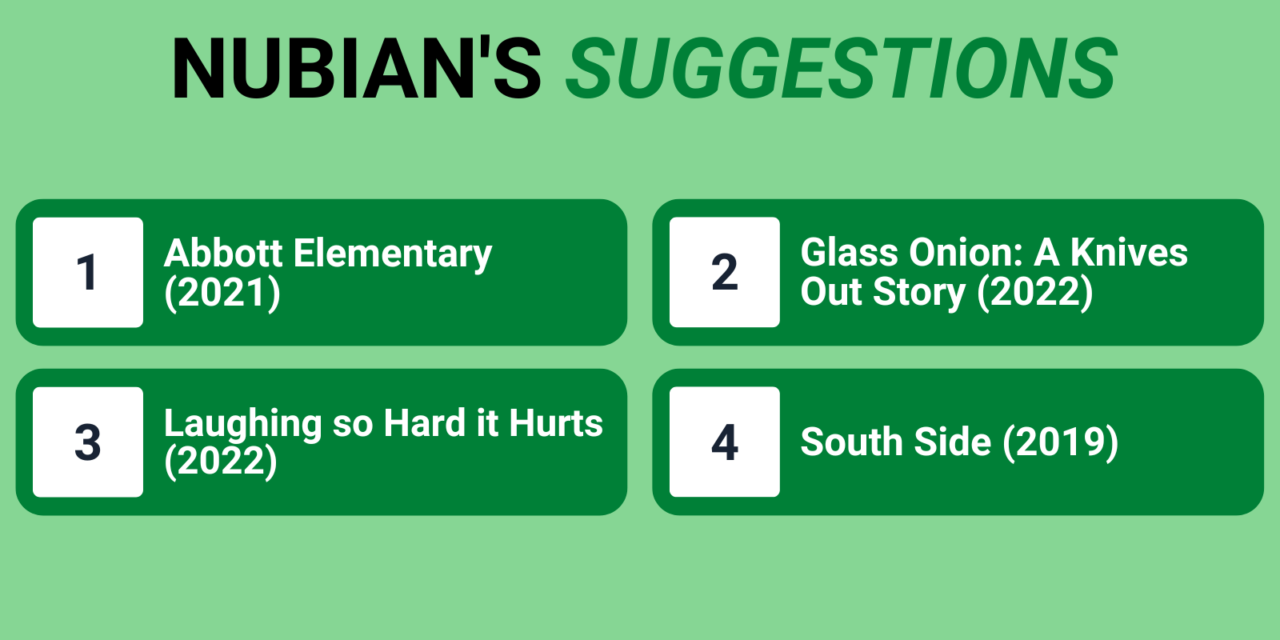 Created by Quinta Brunson, “Abbott Elementary” is an American sitcom series that follows the lives of six educators at one of the worst public schools in Philadelphia. The stars of the show are teachers: Janine, Gregory, Jacob, Melissa, Barbara, Principal Ava Coleman, who only does her job when she feels like it and Mr. Johnson, the janitor. “Abbott Elementary,” tells the story of public school teachers who do everything in their power to help their students succeed academically despite a lack of resources and funding. Regardless of the daily trials these educators face, their passion for teaching motivates them to keep on being teachers. The comedy mystery film “Glass Onion” is the second installment of the Knives Out franchise. Famous detective, Benoit Blanc, joins a group of wealthy individuals with questionable morals on a private island in Greece after being invited by billionaire Miles Bron for a murder mystery party. The group is an eclectic and controversial bunch, scientist Lionel Toussaint, fashion designer Birdie Jay, her assistant Peg, streamer Duke Cody, his girlfriend Whiskey and the outcasted co-founder of Bron’s company, Andi Brand. The groups’ deep history with one another makes the murder mystery theme more threatening and realistic. “Laughing so Hard, it Hurts” by MAVI is the rapper’s second album from the past few months. Much of what encapsulates this album is its lo-fi production staples. It draws characteristics from monte booker, Wulfe Morpheous and Ovrkast, among many others. The album primarily focuses on the foils of coming into money as an up-and-coming hip-hop artist. The lyrics show MAVI’s journey discovering money and fame do not solve his inner demons. MAVI’s flow and delivery are definitely reminiscent of Earl Sweatshirt and MIKE, but he makes it uniquely his own. The sitcom “South Side” was created by Bashir Salahuddin and Diallo Riddle. It follows the day-to-day life of Simon James and Kareme Odom, two recent community college graduates from the Englewood neighborhood of Chicago, Illinois. They work at a rent-to-own furniture store and must repossess furniture for a living until they can make it big. Included in this ensemble cast are characters Officer Turner and Officer Goodnight, cops who protect, serve and fraud the community. This slice-of-life portrays the working class, politicians and everyone in between through outrageous comedic storytelling. From child support evasion to cursing pastors, this show is not what you expect. 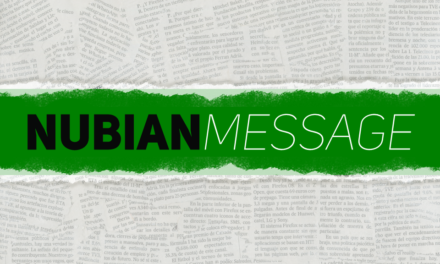 Building Up Our Youth