Undoubtedly many people have heard what happened at the University of Missouri. Whether it’s the photographs of colleges students around the United States voicing their support for the African-American student body and the abundance of the “Concerned Student 1950” hashtag. The University of Missouri, or Mizzou, is showing just how powerful black activism can be. Or is it?

While Mizzou has recently been in the spotlight for demanding the resignation of their president, Tim Wolfe, racism at the institution is nothing new. An article written by Matt Ferner and Nick Wing of the Huffington Post highlighted just a few of the highly offensive, and sometimes violent threats uttered openly and privately by White students at the University. These offenses include racial slurs towards students and professors; swastika symbols smeared on a dorm bathroom in human feces; and terrorist threats via the social media app, Yik Yak.

Even after President Tim Wolfe announced on Nov. 9 that he would be resigning, the threats made on Nov. 10 by a white male named Hunter Parks, illustrated that the University still has quite a ways to go in combating racism.
Despite this, many rejoiced at the progress made by the students at Mizzou, and celebrated their tenacity. In spite of all the joy that comes with such great strides, there is still a constant question lingering in my mind – would this success have been possible without the protests of student athletes?

Racism at Mizzou has long existed and students have long advocated for a change. From protests that directly confronted Tim Wolfe, to a hunger strike led by masters student, Jordan Butler.

Yet, it wasn’t until student athletes intentionally became a part of the protest that change actually occurred. Wolfe resigned from his position as president less than 48 hours after several African-American football players threatened to boycott their game against Brigham Young University; this game would have allegedly cost the university $1 million if it was cancelled.

It’s no surprise that sports bring money into universities.  According to the Triangle Business Journal NC State allocated $70 million towards an athletic budget for the 2014-2015 school year. This figure is up $10 million from the budget two years ago. There are numerous ways NC State generates the revenue for such a budget, including a fee of $232 per student.

Such a large budget indicates just how profitable athletics are to universities, with NC State being no exception.
Business came to a near halt when approximately 30 black men decided to boycott a football game. One football game forced a president of a university to resign. Even after students blocked Tim Wolfe’s car, it wasn’t until these athletes became an active part of the struggle was he forced to resign. If it appears that I’m saying the same thing three different ways, then you’re correct.

Yes, it is incredible that this small group of men were able illustrate the power of civil disobedience. But does anyone else think that it was slap in the face to the numerous students who had been protesting for months, if not years?
Yes, these men should be applauded for using their privilege for the greater good but we must acknowledge that it is privilege nonetheless, privilege that most African-Americans do not possess.
I came across a column on Twitter that celebrated the power of the black male athlete and it is extremely problematic. The events at Mizzou seem to imply that blacks are only important to a university because of their athletic abilities and as a result are only as valuable as the revenue that they bring to schools.This is nothing more than an incredibly backhanded compliment.

The events at Mizzou are eerily reminiscent of Kanye West’s “All Falls Down” when he states, “Cause they make us hate our-self and love they wealth.That’s why shortys hollering ‘where the ballas at?’ Drug dealer buy Jordans, crackhead buy crack. And a white man get paid off of all of that.”

I know plenty of incredibly talented black students at NC State who don’t play a sport. These students should be regarded with the same care and concern as any student on this campus – black or white, athlete or not. 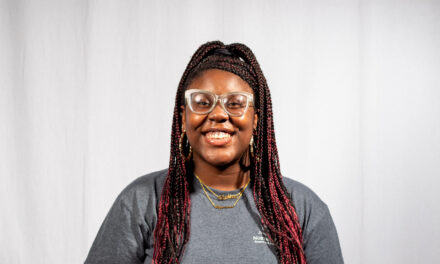 The Importance of Black Journalism