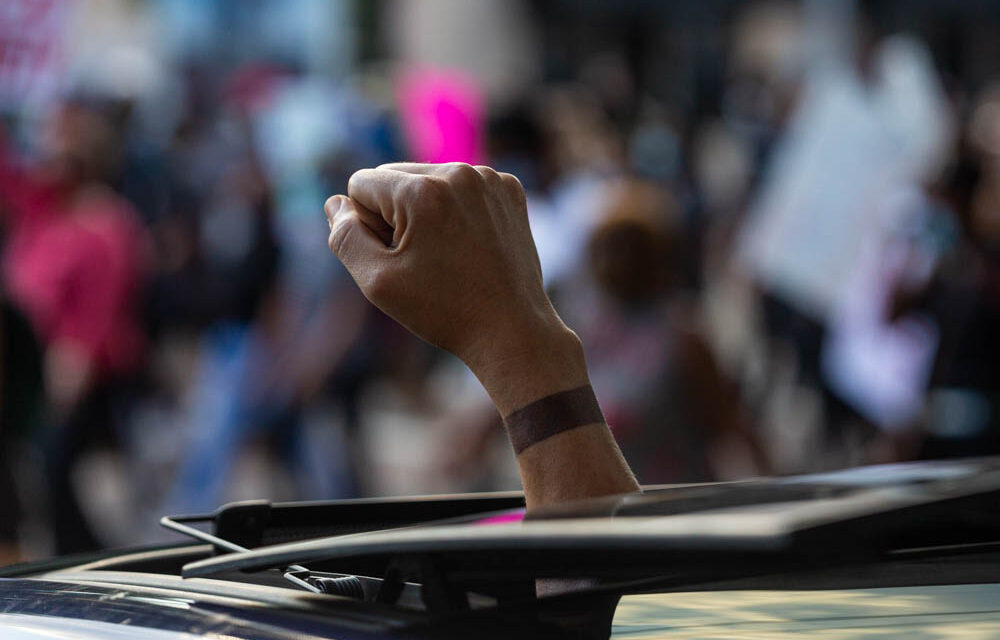 On May 30, 2020, thousands of freedom fighters gathered in Raleigh to protest in retaliation for the brutal murders of George Floyd and the many other victims of police brutality.

Something that began very peacefully was met with tear gas, pepper spray, rubber bullets, and other forms of violence from the Raleigh Police Department (RPD). RPD was fully equipped with riot gear, gas masks, and other equipment used to incite violence. There have also been accounts of SWAT teams being sent in to block off entrances.

After freedom fighters were attacked by Raleigh Police Department, they began to resist in downtown Raleigh. There have been accounts of several downtown businesses such as Walgreens, Jimmy Johns, CVS Pharmacy, Happy & Hale, Benny’s Capitales and others being broken into and spray painted. There have also been several accounts of fires. The glass of the courthouse was shattered. The Confederate Monument at the State Capitol was spray-painted with various phrases condemning racism and the justice/police system.

There have also been several other demonstrations across the state in cities such as Greensboro and Fayetteville. These demonstrations were also met with a similar outcome: violence from law enforcement resulting in resistance from the protestors.

Though we are not surprised, we are disappointed in how the Raleigh Police Department responded to the protesters. Once again, the leaders of Raleigh are on the wrong side. Raleigh’s leaders turned a blind eye to the actions of police officers, showing that their loyalty is not with the people of Raleigh but with their fellow police officers.

Earlier this month, ReOpen NC, a group against the lockdown restrictions placed amid COVID-19, took to these same streets. These protestors were decorated with various assault weapons and directly attacking law enforcement. Unlike what we saw tonight, they were not met with such violence from RPD. It is not a secret as to why this protest held a different outcome.

We commend each and every protester who went to Raleigh to fight for those whose lives were taken too soon by the unjustifiable actions of police officers. We continue to encourage the community to not post videos and pictures with protestors’ faces without their approval as we want to ensure the safety of these brave individuals.

We were able to have a reporter on the grounds in Raleigh, a full account from them will be coming in the next few days. We were also able to have a photographer capture pictures, one of which is linked in this article. We have posted a photo gallery with more pictures on our website and our social media channels.

Lawyers willing to help those who were detained (for free):