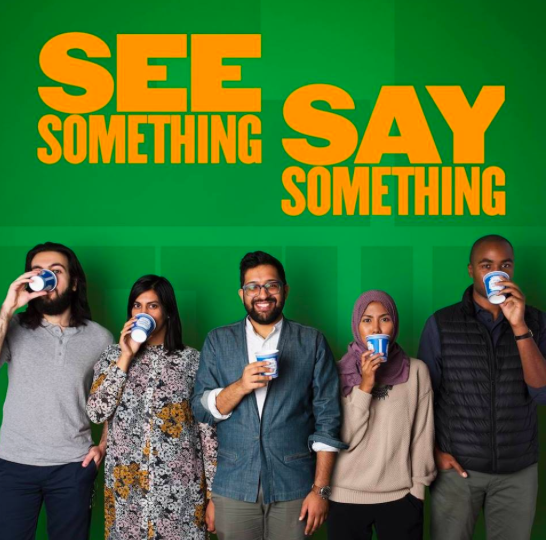 In recent years, podcasts have become a mainstream way of gaining and sharing information. This popular platform has given people of color opportunities to share their perspectives as black and brown people in America in ways that are nuanced and intimate. While exploring racial representation, financial security and pop culture, podcasts are a refreshing way to hear about issues that are important to us. It is also refreshing to listen to podcasts and find yourself resonating with the life experiences of another person of color. Below is a list of podcasts for people of color who want to listen to the stories and perspectives of people who are just like them and maybe even laugh a little along the way.

Angela Rye’s “On One with Angela Rye” Cover art for the podcast On One with Angela Rye

As a political commentator on CNN and the CEO of her own political advocacy firm, it is no surprise that Angela Rye discusses political issues as they pertain to the daily lives of black and brown Americans. This fun and quirky podcast often explores the intersectionality of Rye’s experiences as a successful black women in the media and her own ideas of what it means to be “woke” and “work woke.” The concept “working woke” is also often told through the perspectives of the many celebrity guests featured on the show. In a recent episode, Jemele Hill, from ESPN’s “The Undefeated,” was featured to speak on pay equity and her experience as a black women in sports broadcast. Identity, race relations and culture are the main issues discussed on this podcast. Hosted by a team of journalists, “Code Switch” continuously sheds light on the uncomfortable and underrepresented areas of American life. From reporting on the health implications of discrimination or the story of a new school for young black boys in Washington, D.C., this podcast never fails to keep its viewers up-to-date on social justice issues that affect multiple marginalized groups.

Buzzfeed’s “See Something, Say Something” Cover art for the podcast See Something, Say Something

Many Muslim Americans feel pressured to be representatives for the entire religion of Islam. This unfair burden creates complex issues of identity for young Muslims coming of age in the United States. Ahmed Ali Akbar discusses this issue along with others on the popular Buzzfeed podcast, “See Something, Say Something.” Now on it’s third season, “See Something, Say Something” has gained a following for its unapologetic relentlessness to speak truthfully about growing up as a Muslim American. The podcast often features guests that also give their perspectives on what being Muslim American means to them. And in traditional Muslim practice, they have all of these conversations over a cup of tea.

This podcast was named one of MSNBC’s five podcasts that will inspire entrepreneurs. If you’re looking for a podcast that will influence you to budget and get your coins up, “Brown Ambition” is for you. Mandi Woodruff, a finance reporter, and Tiffany Aliche, a personal finance educator, aim to inspire and educate black and brown people who are looking to gain overall financial security. They discuss topics like student loan forgiveness, building a career and saving for retirement in ways that are efficient and effective. A creation stemming from the beloved New York Times, “Still Processing” is a recurring cultural conversation with culture writers Wesley Morris and Jenna Wortham. The difference between listening to “Still Processing” and simply watching entertainment news, is that the podcast analyzes the complexities and of being a black consumer of pop culture. In a recent episode, they debated their likes and dislikes for the new film, “A Wrinkle In Time.” The podcast focused on why it is difficult for black consumers to criticize black art that is in a space that has traditionally only been for white people. Having debates like this is critical as black artists continue to break ground on various platforms.