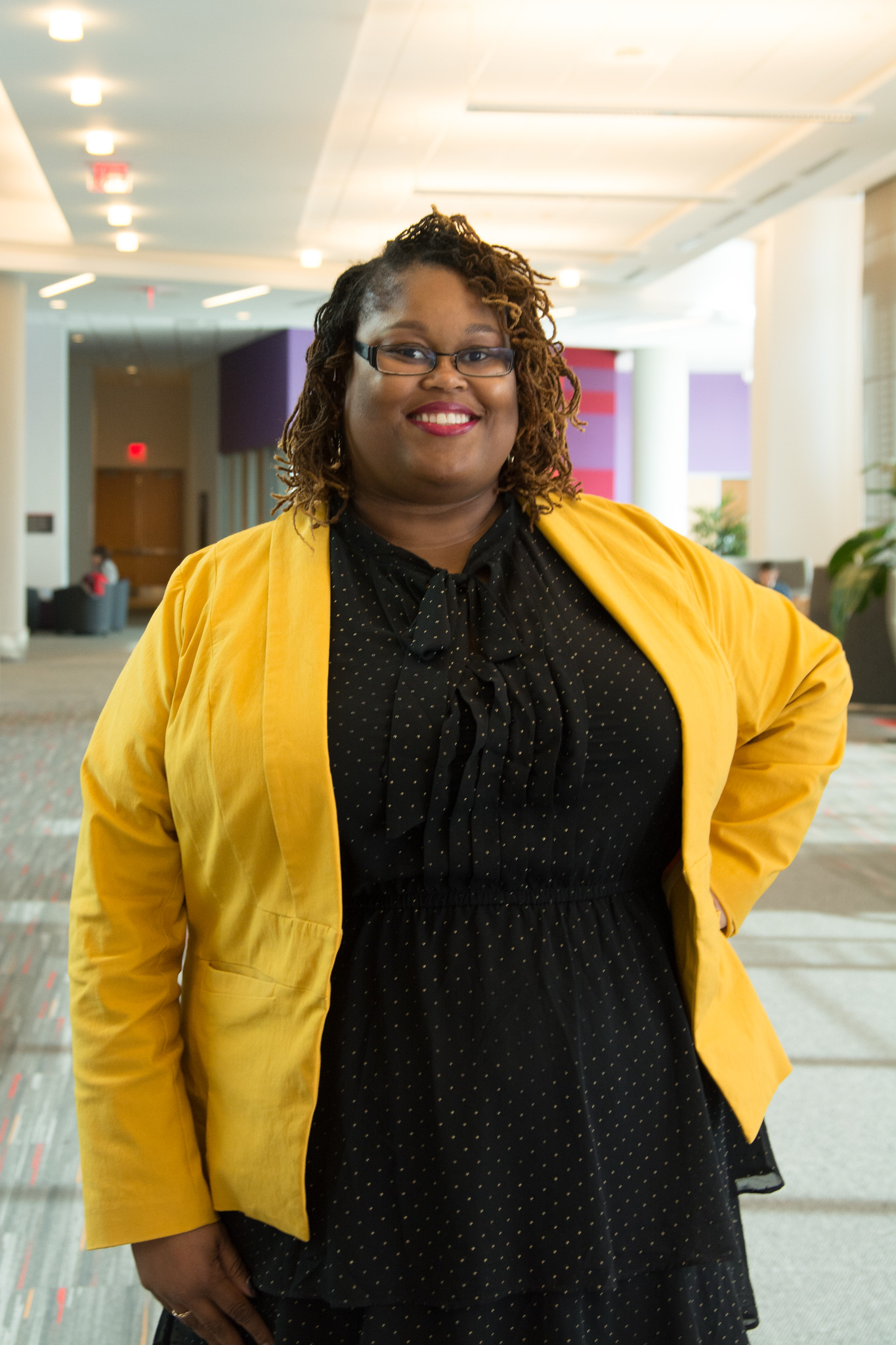 Angela Gay is a second-year graduate student in the Educational Leadership, Policy and Human Development doctoral program at NC State. She joined the Women’s Center staff as graduate programming assistant in December 2016 and became assistant director one year later.

As assistant director, Angela is responsible for many things, including advising student workers at the Women’s Center, working with the Women of Welch Village and organizing signature programs. However, Angela likes to describe her role a different way.

“I get paid to help folks live their best life in their most authentic form,” Angela said. “That looks like supporting students, educating students, leading students, helping students find the leader in themselves and advocating for students.”

While students are the primary concern, the Women’s Center supports the entire campus and Raleigh community.

Angela, and the Women’s Center staff, does this through “programming that centers intersectional experiences such as women of color, queer students, those along the LGBTQ spectrum, different religious and spiritual affiliations.”

As a child, Angela didn’t envision herself doing this work and attending college wasn’t always a goal.

“I never had that vision for myself of what life looked like past high school until I decided I’m the author of my life,” she said.

Angela earned her bachelor’s in organizational communication. After finishing her master’s in clinical mental health counseling, Angela completed an internship at a collegiate counseling center. She uses her experiences both in counseling and student affairs in her current position.

“I have a very person-centered ethic of care,” Angela said. “I understand that everyone needs to be heard, seen, appreciated and understood. That’s really what I do in my work.”

Angela’s “The Politics of Black Hair” exhibit did just that. This exhibit, which was on display in the African American Cultural Center Gallery, featured the hair and hair stories of 30 participants from the NC State community.

The exhibit was about “seeing black folks and their hair in ways that the mainstream culture says is stigmatizing or stereotypical and elevating it to a point where it can be understood,” Angela said.

Another example of person-centered programming is Feminist Fridays, student-facilitated conversations on gender and equity held weekly at 3:30 p.m. in the Women’s Center.

According to Angela, women’s centers are often exclusively associated with white women. “For me, it was important to have a space where there was representation of folks who can come and see that you, too, have a space at this center,” Angela said.

Furthermore, Angela’s vision for the Women’s Center is to “[bring] research to the Center and [make] the Center a hub for research especially around gender and equity.”

“We have faculty and staff, and even doctoral students and master’s students, who are engaged in some pretty amazing research,” Angela said. “Bringing research to the Center also means using that research to produce things that actually promote a better quality of life for people.”

For Angela, putting theory into practice is the ultimate goal. Everything she plans or coordinates has a theoretical basis.

Yet another aspect of Angela’s vision to incorporate more research into the Women’s Center is “bringing in faculty and researchers and folks who are doing this work, like Lorraine Acker. Dr. Lorraine Acker came for Domestic Violence Awareness Month back in October and talked about her research on how women of color, specifically black women, are experiencing sexual assault and sexual violence on college campuses.”

Ultimately, Angela’s work and vision are about empowering others to light the fire inside themselves and setting fire to the oppressive systems that prevent people from living their most authentic lives.

“Everything that makes us who we are, the very essence of our being, is to be brought to light and elevated to a position where we feel like ‘I can be who I am in this environment that does not always welcome me and my identities’ and doing that in a way that challenges the power structures that be.”