The Evolution of Multicultural Student Affairs at NC State 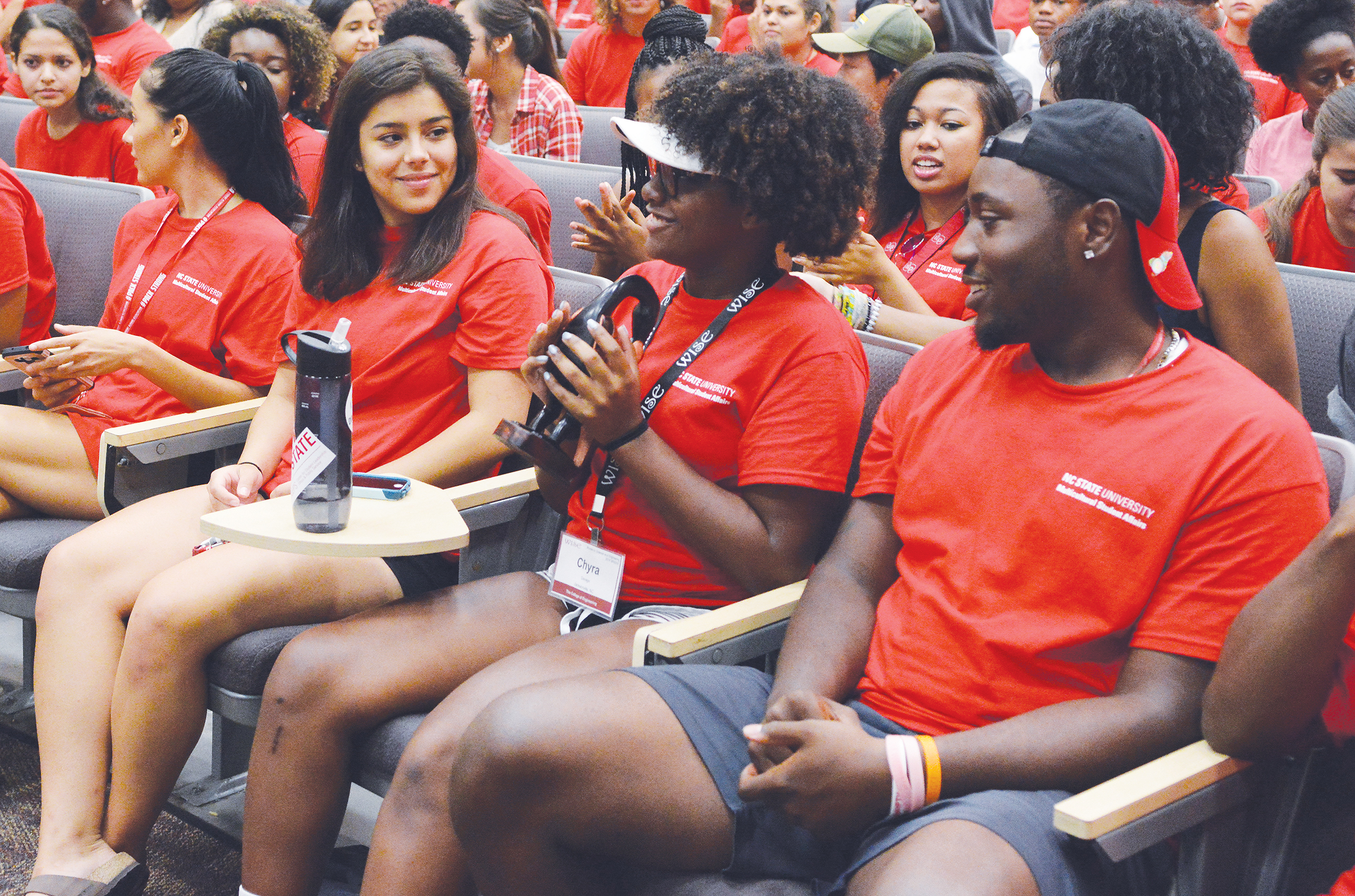 In July 2001, less than 10 years after the first edition of the Nubian Message was published, Multicultural Student Affairs (MSA) was founded at NC State.

Dr. Tracey Ray, assistant vice provost for student diversity, served as the inaugural director of MSA and held the position for 10 years.

MSA’s predecessor, African American Student Affairs (AASA), was founded in 1984 after the launching of the Peer Mentor Program and African American Symposium. In addition to overseeing these two initiatives, AASA started the annual Kwanzaa celebration and co-advised the National Pan-Hellenic Council.

“African American Student Affairs evolved into one unit that was an expansion of diversity efforts at NC State,” Ray said.

In 2000, Ray was asked to write a proposal for an office that could serve African American, Native American and Latinx students. Her proposal coined the name “Multicultural Student Affairs” and included the original structure and budget for MSA.

A year later, MSA was formed. According to Ray, the first priority she had as director was to hire an assistant director to serve Native American students.

“That was the population that had the greatest needs relative to student retention,” Ray said. “Also, Native students had been asking for a program and an office for over 10 years.”

“Programs and services have historically been created out of a need,” Ray said. “We are a research institution. Research and assessment are important in terms of getting things funded and having them be sustainable over time.”

Ray was also responsible for fundraising approximately 60% of MSA’s annual budget during its early years through grants and strategic co-sponsorships of programs. MSA is now primarily supported through student fees.

Reggie Barnes is the senior director of campus community centers, which includes the GLBT Center, Women’s Center, African American Cultural Center and MSA. Barnes has led the current restructuring of these centers.

Five open positions across the centers have been filled thus far, including a director and program assistant within the African American Cultural Center and a director and assistant director within MSA.

The community centers will be assessed based on standards published by the Council for the Advancement of Standards in Higher Education. According to Barnes, these standards are “best case scenarios that would make for a stronger office in any area for higher education.”

“Our work didn’t change, but how we do it and communicate our value has changed,” Barnes said.

Although the titles have changed, Barnes says the culturally-specific responsibilities of MSA have not.

“These positions still oversee the student organizations,” Barnes said. “They still coordinate the cultural celebrations. That has never changed.”

According to Barnes, budget cuts tend to target programming offices. Therefore, clarifying the responsibilities of MSA and its assistant directors was key to ensuring institutional support for MSA. “These changes were made for sustainability,” Barnes said.

The restructuring plan also includes developing a full-time position within MSA for supporting Asian American and Pacific Islander students. The functional title for this position has not yet been decided.

The next stage of restructuring the community centers will involve developing a strategic plan and a three-year assessment plan.