The Black Community has long had issues with accepting individuals who identify themselves as LGBTQ (Lesbian, Gay, Bisexual, Transsexual and Queer), especially men. Marcus Lee, a sophomore, at Morehouse College is spearheading a movement of change in his community by successfully advocating for a course in LGBTQ . The Atlanta based school gained national recognition this year for its course, “A Genealogy of Black LGBT Culture and Politics,” taught via video conference by Dr. Jafari Sinclaire Allen, a Yale professor and Morehouse graduate. Lee took time out of his busy schedule as a Resident Advisor, President of Morehouse Sociological Association, and Special Events Coordinator of Morehouse SafeSpace (a Gay-Straight alliance Advocacy group) to answer a few questions for the Nubian Message.

What was the process of getting the course approved?

The process was pretty simple. I spoke with Dr. Jafari Allen (the professor teaching the course) about the curricular void and he offered to fill it. I then spoke with Dr. Michael Hodge (the chair of the sociology department at Morehouse) and he suggested that the course be offered for credit! He spoke with the Dean, she agreed and voila!

How have students reacted to the course and national attention you all have received?

has also been good and bad. Some see it as great press, but some get annoyed that coverage of happenings at Morehouse College are so often limited to sexuality and gender expression; rather than the millions of other great things we have going on.

Have you noticed any change of the climate on campus with not only the men of Morehouse but the college community in Atlanta?

I’ve only been here for two years, so I haven’t been here long enough to see real change. But, I think the climate on Morehouse’s campus is often very “don’t ask don’t tell.” Students are often very secretive about their sexual orientation and resistant to variance in gender expression. Pressure from what it means to be a black man and to lead our community often collides to discourage sexual and gender differences. So, many students are nervous about the reactions they’ll receive for being themselves.

Do students seem enthusiastic about the class?

Students are definitely eager to learn and curious about what will be taught. There is also great interest in the class among students at Spelman, Clark Atlanta, and GA State!

How do you deal with some of the criticism and backlash?

A good friend of mine once said that “The comment section of any article is never good for your spirit.” I learned, due to this experience, that this is very true. Things like “Disgrace to the black community,” “Not real men,” “Promoting homosexuality,” and the F word that rhymes with maggots are often said in response to this class. But, you know what, I see it as motivation. When I read those comments, they help to reassure me that there is a need for this type of work to be done. Don’t get me wrong, this negative feedback can often be hurtful. But, hey, resilience is key. I’ll just keep bouncing back. Look forward to greater things to come from

Carving the health benefits of pumpkins 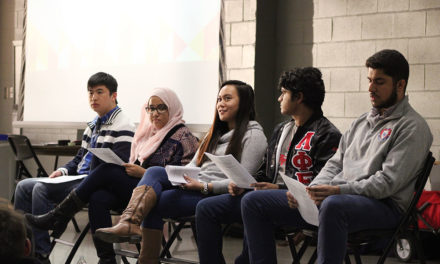 APIDA Voices: An Exploration of the Intersectionality of Mental Health