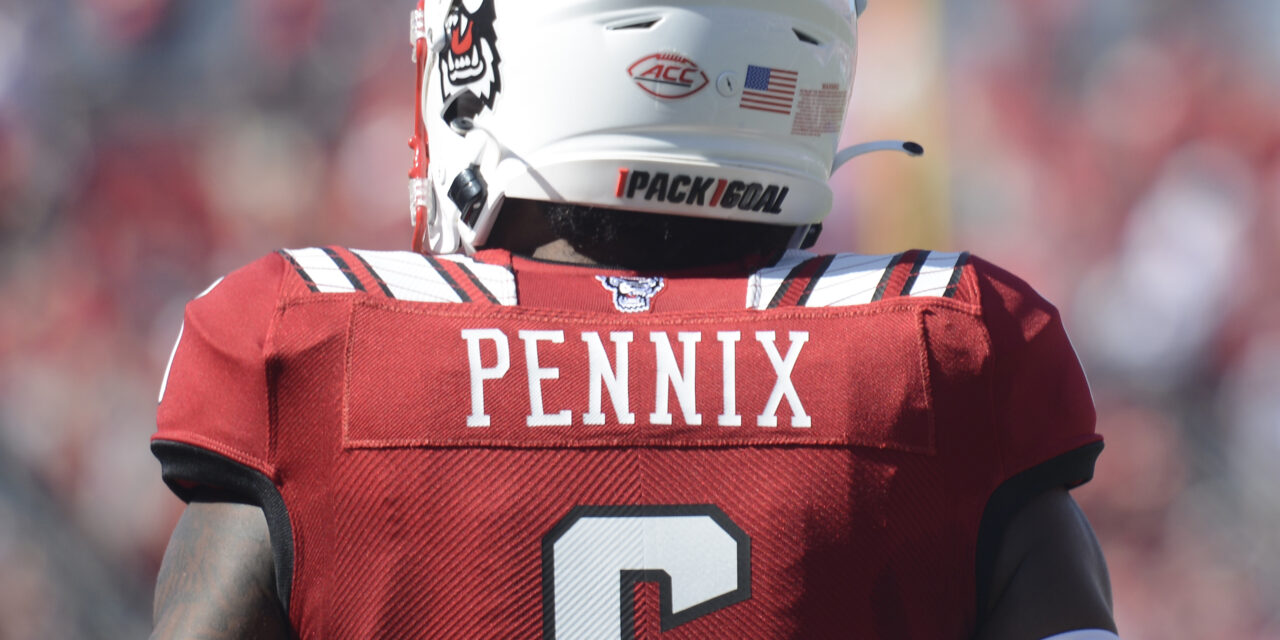 NC State entered the game this past weekend with an overall record of two wins and one loss. The Wolfpack won their first match against South Florida, lost to Mississippi State and rebounded with a win against Furman.

Clemson entered the afternoon looking to make a statement. As the winners of two of the last five national championships, the Tigers would need a win to keep their chance of securing another national title alive.

Wolfpack Nation showed their excitement in welcoming the Tigers to Raleigh by packing Carter Finley Stadium with over 56,000 fans. Countless others were also outside tailgating by their RVs or tents blaring country and rap music through speakers, playing games like cornhole and watching pregame shows on mounted televisions.

By kickoff time conditions were perfect for football. The sun was out, the sky was clear and the thunderous crowd was filled with NC State red.

The excitement was drained from the stadium after Clemson easily scored a touchdown on their second drive of the game. The intensity returned after a touchdown pass from QB Devin O’Leary to WR Emeka Emezie. This tied the game heading into the second quarter and put the Wolfpack back into the game.

In the following quarter NC State would control the majority of possession time by  handing the ball to RB’s Ricky Person and Zonovan Knight while O’Leary completed short passes. The Wolfpack’s defense led by LB Isaiah Moore would lead the way, stopping their opponent from scoring again the rest of the half. Crucial errors by NC State — including a turnover on a trick play, penalties and a missed field goal — prevented them from taking the lead as the score was tied at halftime. Home fans were left with mixed emotions; their team had been the better performing of the two but that was not reflected by the scoreboard.

The third quarter would see NC State finally take the lead after O’Leary tossed another touchdown to WR Devin Carter. The crowd erupted as high fives and cheers began to drown Carter Finley Stadium – could the Wolfpack finally beat Clemson after losing the previous eight matchups?

Early in the fourth quarter, the battle would again be tied after Clemson RB Will Shipley ran in a short touchdown. Fans originally thought Shipley would attend NC State, so this touchdown hit a nerve for some of Wolfpack Nation. The Wolfpack would respond by advancing the ball down the field but would miss another field goal, foregoing the opportunity to take the lead. At this point murmurs and groans began to arise from the crowd as anxiety and frustration grew. NC State’s defense would again step up, forcing Clemson to return possession to the Wolfpack.

With the last quarter coming to an end NC State advanced the ball into scoring position as time expired. The only issue: they had to kick another field goal. Excitement at the chance to win and unease due to the previously missed field goals filled Carter-Finley as fans began to stand and take their phones out to record the moment.

The time had come, the ball was snapped, kicked in the air and on target before curving left and barely missing for the third time in the game.

The miss caused devastation for Wolfpack fans. While there was still overtime to settle the game, a chance to win had just narrowly escaped their grasp. Losing a football game is one thing but losing THIS game in such an excruciating manner would be heart-breaking.

To begin overtime, Clemson easily drove down the field and made their way into the end zone, which forced NC State to either get a touchdown or lose. Silence overcame the crowd.

NC State countered with another touchdown toss from O’Leary, this time to WR Thayer Thomas forcing a second overtime.

The Wolfpack began the second overtime by scoring a touchdown when O’Leary threw to the right corner of the end zone where Carter made a difficult sideline catch over his left shoulder. The entire stadium responded with a roar. NC State would then fail a two-point conversion leaving a chance for Clemson to win on their next possession.

The Tigers gained five yards on their first three plays. This gave them one more to either get a first down, score or leave Raleigh with a loss.

Home fans rose and began to make as much noise as possible to energize their defense for one last stop. Clemson gave the ball to their QB DJ Uiagalelei hoping a pass could keep their chances alive. DJ dropped back, scanned the field and threw the ball to his receiver who did not make the catch. Game over, streak over, NC State pulls off the massive upset in a game to remember.

As soon as the battle was over the party started as players scattered the field with joy. Fireworks shot into the air and fans rushed onto the field.

During the celebration, Nubian Message talked to Marcellus Davis, a sophomore accounting major who described the experience of the game as “[a] crazy atmosphere, [a] great game, [and an] amazing feeling!”.

Those words were reflected throughout the field where Wolfpack Nation was taking photos, hugging players and celebrating with anyone in sight.

Winning head coach Dave Doeren said “The curse is broken… it’s an awesome thing to light that Belltower red.” He was also seen enjoying a celebratory cigar. Doeren, who’s had back and forth clashes with Clemson head coach Dabo Swinney, previously failed to win against Clemson since joining the Wolfpack eight years ago.

After this performance that saw the Wolfpack defeat the one of the toughest teams on the schedule, Wolfpack fans are now left wondering just how much success this team can achieve. The Wolfpack is now in a favorable position to win the Atlantic Coast Conference.

The now nationally 23rd ranked Wolfpack will look to improve upon their record when Louisiana Tech visits Raleigh on Oct. 2.