AUTHORS NOTE: These are events that happened this week that I chose to highlight. These are in no way everything everyone needs to know. I highly encourage everyone to read the news themselves, from reliable sources, to develop their own opinions. My opinions have been italicized. With that being said all opinions stated in this article are my own so if you don’t like them then drink water and mind your business.

On this week of Wassapened This Week we see cheating fiancé’s, Karen’s and broken promises. The world never ceases to amaze and entertain us.

On Monday, February 15th, a Karen named Amy Cooper had her Class A misdemeanor charge dismissed. On May 25th, Cooper verbally attacked and abused Christian Cooper, a Black man who was bird watching. Cooper also went on to file a false report stating that Christian Cooper had threatened her and her dog. The court ruling was due to this being her first arrest, her not having a criminal background, and since she completed education and therapy classes on racial equity. I call bullsh*t! I’m not even surprised as I’ve become accustomed to disappointment at the hands of the legal system.

Millions of Texans have been without water, heat, and electricity as Winter Storm Uri has caused havoc throughout the state. The devastation caused by Uri has brought attention to Texas’ lack of structural preparedness to handle extreme weather. While there are other complications that cause such devastation it ultimately boils down to the fact that Texas, with the exception of El Paso, operates on it’s own isolated grid. Can you believe that Texas is the only state that managed its power independent from the rest of the United States? According to the operator of the Texas grid, the situation was so dire that the state avoided a months-long blackout by just a minute or two. What the actual f*ck! Instead of Texas local government to take responsibility, they are playing the game. First, they blamed the grid’s managers, then they blamed the state’s frozen wind turbines and now they blame the Green New Deal (mtchewww). Texas’s power grid is privatized and deregulated in order to avoid federal regulation and increase the profits of a small group of wealthy people. As it is obvious that the Texas government is useless, I have attached a list of ways to help Texans.

Throughout this week y’alls president, Joseph Robinette Biden, released yet another round of disappointments. On Tuesday, February 16th, during a town hall Biden said “I will not make that happen” when asked if he would support cancellation of $50,00 in federally-held student loan debt. He also stated a new timeline for Covid-19 vaccines. He plans that by the end of July, the US will have enough Covid-19 vaccines to vaccinate every single American. Then on Friday, February 19th, Joe Biden said his administration remains committed to releasing $1,400 stimulus checks. I’m sorry but last time I checked he said it would be $2000. Either way college students claimed as dependents won’t see a penny of the money. All of these statements are contradictions of statements previously made by Biden himself. Hey Mr.Man you seem to be really good at making promises so maybe you should learn to keep them too!

On Wednesday, February 17th, Paul Rusesabagina along with 20 others went to court after they were accused of conspiring to launch attacks on Rwandan territory in 2018 and 2019, which resulted in at least nine deaths. Rusesabagina is known as the man who inspired the Academy Award nominated film, Hotel Rwanda. On 31 August 2020, Rusesabagina was arrested on nine charges of terrorism due to his association with the National Liberation Front. He was arrested while he was under the pretense that he was taking a flight to Burundi from Dubai, UAE and instead arrived in Kigali,Rwanda. This isn’t some light sentence. If found guilty he could get 25 Year! Oh no ma’am, no sir. It’s a no for me.

“I am a Belgian citizen. I am here simply as a hostage,” Rusesabagina said as he renounced his Rwandan citizenship in 1996 when he fled Rwanda to Belgium. This is significant as it allows him to request to move his trial to Belgium as he doesn’t believe he’ll receive a fair trial in Rwanda. Rusesabagina has always been outspoken of the Rwandan government and believes that is why the government is holding him “hostage”. I actually don’t have anything to say. I’m honestly just in shock.

Once again Floridians are showing that they are not on the same brainwave as the rest of us. A Florida man stole an engagement ring and wedding bands from one of his girlfriends and decided it wise to use them to propose to another girlfriend. I’M SCREAMIINNGGG!!! How do people come up with these tingz? The woman discovered her rings had been stolen when she looked on her ex boyfriend’s fiancées facebook and noticed that she was wearing a wedding band and engagement ring from a prior marriage. The girlfriend reached out to the fiancé, who ended up giving her some of the items back, and they both decided to end it with the man. This is very emarazzzzing! Not only did the fiance find out her soon to be husband was cheating on her, she found out he’s also a thief. Talk about a double whammy. Good thing Valentine has come and gone otherwise i’d be asking her, “Where’s your boyfriend?” HAHAHAHA!! 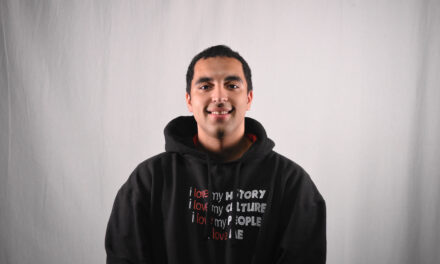 Obama Got His Second Term, Now Give Me My 40 Acres and a Mule