Petition For Change In Policing At NC State

Nubian Message has collaborated with a coalition of Black NCSU organizations to create a petition for a change in policing on campus. Please join us in solidarity by signing the petition. We’ve also included a copy of the petition below:

For far too long, Black people in America have been subjected to acts of inherent racism through policing. Racial profiling, harrasment, excessive force, and murder. The sense of security that police presence is supposed to provide does not apply to people of color, especially Black people.

Last week, the streets of Raleigh were filled with peaceful protests calling for the eradication of police brutality. Incidentally, these protests were met with officers in riot gear who fired tear gas and rubber bullets at the crowds. These acts are unacceptable. The instigation and escalation promoted by the RPD only results in injuries and suppression.

In recent days, Chancellor Woodson has released several statements addressing the current climate of our country, including recent racist comments from certain students at NC State. He has vowed to implement changes to improve diversity and inclusion on our campus. However, none of these statements include a plan to ensure the safety of Black students on NC State’s campus. They do not address the relationship between campus security and Black students as well as its reflection of the relationship that police enforcement has with the Black communities of this nation. NC State’s University Police Department is not immune from racist biases, and failing to transparently confront this truth underlines the feelings of the Black community at NC State.

As students of NC State University, we do not feel safe nor protected by the Raleigh Police Department or our current University Police Department. Our voices are silenced when our efforts to hold officers accountable for their racist behavior are met with indifference and inaction. This systemic discrimination perpetuates a cycle of violence that we can no longer afford to endure.

Because of this, a coalition of Black organizations at NC State have created a list of demands regarding campus security:

1. We demand that the university cuts its current ties with the Raleigh Police Department (RPD) and create a new detailed protocol for when to contract with the RPD to participate in campus activities.

2. We demand that prior to implementing any new policies or budgets with respect to the University Police Department (UPD), a community forum is held to ensure that the NC State community and its organization leaders can voice their approval or disapproval of the policy or budget.

3. We demand the implementation of a concrete system that allows the student body, staff, and faculty to report any grievances they have with any UPD or RPD officer’s actions and/or behavior. This system should be organized and efficient, with an emphasis on communication, transparency, and thorough investigations into these reports. This new system should also have a 3rd party to review the claims, and issue a punishment for officers who are committing these infractions.

4. We demand the creation of a public database that documents a UPD officer’s history of past occurrences of excessive force and reports of racial discrimination filed by students, faculty or staff. This database should be updated frequently and in a timely manner.

5. We demand the formation of hiring committees that allows student organizations, especially culturally-based organizations, to participate before the employment of UPD officers.

7. We demand that the university does not contract or continue to contract with any RPD or UPD officer who has a record of excessive force.

8. We demand that each UPD officer undergoes extensive training on de-escalation tactics, diversity and cultural engagement, racial bias, and mental health. The required hours for these training sessions should be no less than two-thirds of the required hours for any other training needed for an officer to come into contact with students on campus (traffic stops, emergency responses, security for events, etc). These trainings should be administered by local Black organizations that specialize in these programs. A public announcement must be made to the student body indicating the completion of these tests. These trainings should be repeated annually.

9. We demand the implementation of an implicit bias test for all UPD officers during the previously mentioned training process. A lower score will require additional training, community service, or termination of employment.

11. We demand the standardization of WolfAlert messages. These messages should not only be sent when the suspect is a Black man.

12. We demand a thorough response from the university and initiation of these demands before we arrive on campus (August 10th). 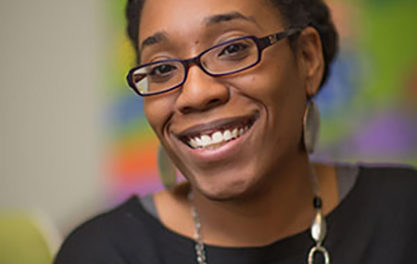 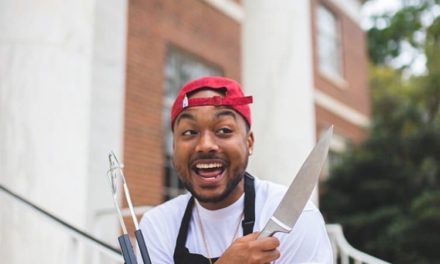 For Us, By Us: Black Apron