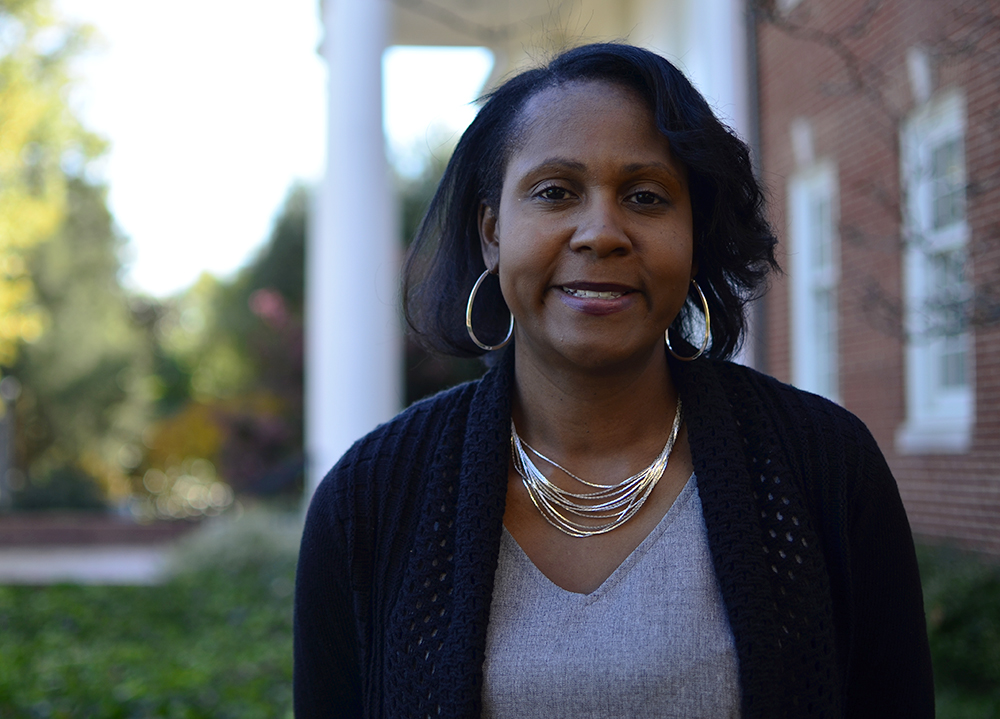 “Y’all got the baton. I’m very excited for what is to come of my student body,” Dr. Tracey Ray once said in a Nubian Message interview about. At that time, she was describing the new wave of student activism and passing the baton on to her students, but a year later, this statement seems like it foreshadowed the future. After over 20 years of service, Assistant Vice Provost for Student Diversity Tracey Ray is leaving NC State.

“A lot of people have been really happy for me because I’m going to a great opportunity,” Dr. Ray said. She will be working in the Office of the President at West Chester University of Philadelphia. “It gives me the opportunity to lead at a higher level.”

Dr. Ray’s NC State journey began as an undergraduate in 1989. During her academic career, she served as president of the Society of Afrikan American Culture and chair of the African American Student Advisory Council. Dr. Ray also earned her PhD in social psychology from NC State in 2001.

After working for a nonprofit, Dr. Ray returned to NC State as the inaugural director of Multicultural Student Affairs, a position she held for 10 years. In 2011, when the university’s strategic plan called for the creation of the Office of Institutional Equity and Diversity (OIED), Dr. Ray was named Assistant Vice Provost for Student Diversity, and she has held the position since then.

Dr. Ray recalled that in the early days of OIED, the division’s main goal was to develop a mission and vision.

Now, seven years later, Dr. Ray expressed pride in OIED’s progress but also acknowledged there is still work to do.

“I would hope, not just for OIED, but for any institution of higher education around the country to do two things,” Dr. Ray said. “One is focus not just on numbers as it relates to diversity, which is very important, but to also make sure that they’re taking that next step, which is inclusion. It’s making people feel welcome and invited and helping them have that sense of community.”

Dr. Ray continued, “Number two, from a national landscape, our country is at a critical time for these conversations around diversity and inclusion, so we need to talk more, not talk less. Higher education needs to inject itself from a scholarly perspective into national conversations from an interdisciplinary perspective around the human experience. Whether that be connected with DACA, race relations, debates around history and the preservation of history though monuments, we need to be in places and spaces to help engage in thoughtful and informed dialogue on these topics.”

Very few, if any, people at NC State have Dr. Ray’s range of experiences. From student to staff to senior administrator, she has seen many sides of this university. Through it all, she has demonstrated her commitment to making NC State better by centering and advocating for students.

“I cannot take credit for that legacy,” Dr. Ray said. “All I’m doing is walking in the steps of those who came before me: Dr. Clark and Dr. Witherspoon, Wandra Hill, Thomas Conway, who is about to retire as president from Elizabeth City State University. I had amazing mentors at NC State who connected with students on a personal level as well as doing amazing things as administrators. So my hope is that that legacy is very much alive at NC State.”

As Dr. Ray said just a year ago, she has passed the baton, but this time she’s passing it on to her fellow administrators. She ultimately believes that the tradition of student-centered faculty and staff “runs deep” at NC State. Dr. Ray wouldn’t name anyone specifically, but she’s grateful that there are faculty and staff here, both new and old, that will continue cultivating this tradition even in her absence.

To students, she offered these parting words: “Be open to opportunity. I know students come in goal-oriented, but part of college is discovery. I wouldn’t be the person that I am if I let my plan dictate what I would do.”