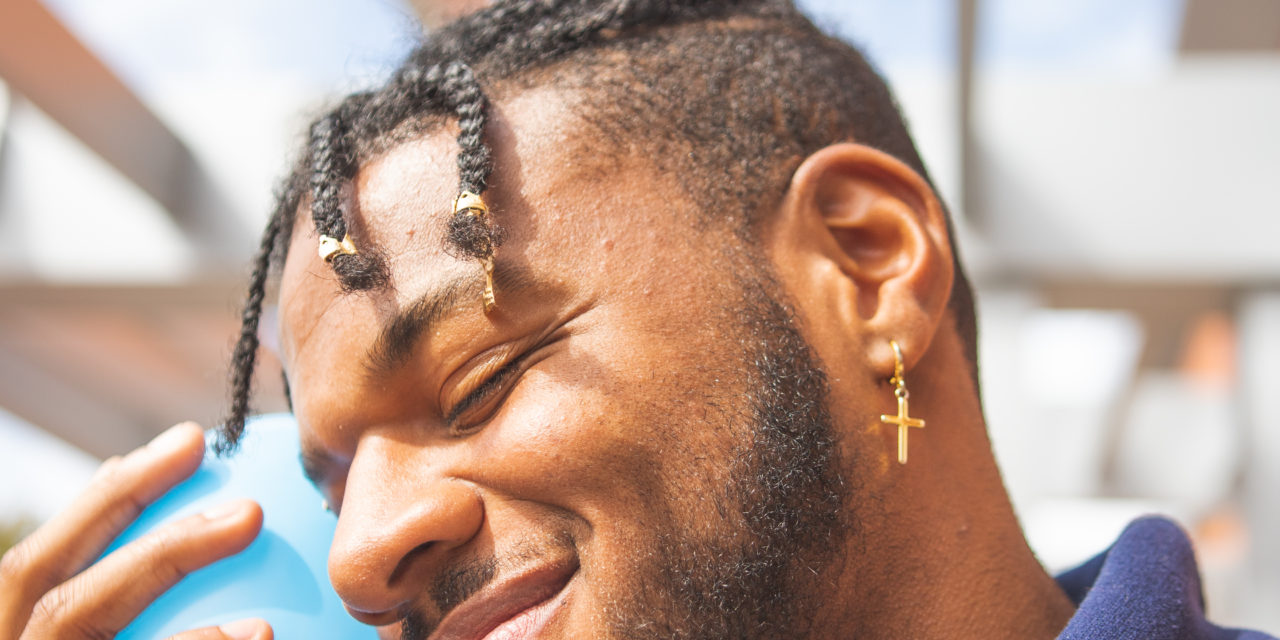 A new student group has arrived on campus. Channel Blond is the first group on-campus created for and by Black queer students. The mastermind behind the group is Jordan Bullock, a fourth-year majoring in animal science.

The Nubian Message sat down with Bullock to discuss the purpose of the group and how it came to be.

NM: How did you decide on the name Channel Blond?

JB: I actually decided on the name while in a meeting with Jonathan McCorey (Director of the GLBT Center) as we were discussing creating a space for Black queer students to feel safe on campus. A huge part of my own acceptance is due to my love of music, and that made me think about Black queer artists that are relevant in my and others lives and Frank Ocean was that artist for me. Within his lyricism and musicality, I learned more about myself through the stories he told through his songs, and the struggles he spoke about overcoming as a Black queer man in both of his albums, Channel Orange and Blonde. His music got me through a lot of feelings of inadequacy and internalized problems, and those are the few purposes of this group. Thus, I combined the two titles and Channel Blond was created.

NM: What was the inspiration behind starting this group?

JB: I was actually a part of the hiring committee that got Jonathan on campus; a part of my interest in him was because he is a Black queer man. So, when he got onto campus, he caught hold of my name and set up a meeting with me. His first question to me was “where are we (Black queer folks on campus) at?” to which I had no reply. We talked about how Black queer students didn’t feel comfortable coming into the GLBT Center because of how white it was and because of how uncomfortable most folks feel about embracing their own sexualities, with the added pressure of being outed by frequenting a space where people can see them walking in. I told him that we exist on campus, but we’re spread out and most are closeted and don’t know how to identify other Black queer students on campus to develop a support system. I got tired of that thought and decided to take action to prevent further marginalizing Black students on campus.

NM: What was the process of starting this group?

JB: I essentially made note of issues regarding the intersectionality of the Black community and sexual orientation. Those issues look like internalized homophobia, toxic relationships and important topics that go undiscussed like safe same-sex intercourse and HIV/AIDS prevention or support. The main thing I wanted to focus on is the internalized homophobia that makes Black queer students repressed and afraid of themselves or coming out to others. I asked, “How do I create a space for us without outing anyone while also providing support for those that may be down-low (DL) as well as those that are out like me?” It required alot of thought because there are alot of sensitive areas to consider when thinking about the Black queer consciousness, and a major part of that is acceptance. I wanted this group to make whoever comes to it feel accepted and a part of a family that they may not have ever had. It took a lot for me to accept myself and to find those that accepted me, and I committed myself to do whatever I can to prevent others from going through the same struggles I went through.

NM: How does your group hope to service students on campus?

JB: We hope to help two different types of groups of Black queer students on campus: those that are out and just need support from a group of other out students that look like them and those that are closeted and need help understanding their curiosities or misunderstandings of their sexual orientation in private. We meet biweekly in a discreet location to celebrate each other, check-in and to talk through our struggles in our identities. We’ll also have Black therapists from Student Health services come in when needed to help students achieve some level of catharsis. We provide an anonymous coming out service through our Instagram account and upcoming blog, in which Black queer students can keep things virtual and ask questions that they don’t necessarily want to talk to anybody else about because of the fear of being outed. Some of the responses to these questions will be posted anonymously on our Instagram account to help others with the same questions navigate their own situations. Students that don’t feel comfortable being present physically can DM our Instagram account (@channelblondncsu) and have a discussion with Jonathan or myself who have been out and comfortable and have gained experience in our Black queerness for a while now. The whole point is to remain confidential, which is why we’re remaining a closed group, by and for Black queer students.

The goal is to foster a family for Black queer students on campus no matter how you identify. Channel Blond is a family that has fun, that becomes educated on who we are as Black and queer individuals through intersectional discussions, and that supports one another as students and people. I want students to understand that there isn’t any shame in their sexualities or sexual orientation.

NM: What does it mean to you to have a group on campus specifically for Black queer students?

JB: It means ending cyclic nonsense of self-hate and feeling abnormal. It means manifesting a safe space for students that have been negotiating showing up as either their Black or queer self in different spaces and at home. It means normalizing our lifestyles and ceasing a generational curse of misinformation and internalization of unhealthy feelings towards self and others that choose to be comfortable with their sexual orientations and express that outwardly. It means that I’m doing my job and going back to fetch that in which I’ve forgotten (Sankofa Principle).

NM: How have students responded to having Channel Blond on campus?

JB: We have gotten a lot of positive responses to Channel Blond from current students and alumni. I’ve had countless Black alum, heterosexual and queer, contact me and congratulate me on my bravery and for cultivating a space for Black queer students because of the necessity for a space like Channel Blond. Our members grew exponentially, going from 12 members during our first meeting in the beginning of October, to 26 members now (three weeks later). Several members have approached me with tears in their eyes expressing appreciation and have plugged the group to their friends that need Channel Blond, so I would say the response has been pretty great.

NM: How do you hope Channel Blond will grow in the future?

JB: With it being my senior year, I hope that Channel Blond will be around for another 4+ years after I graduate. I want the group to normalize Black queerness so much on campus that we spread to other campuses. I want the next Black queer person questioning their value on this campus or in this world to enter Channel Blond and utilize its resources to become a better leader and advocate for themselves. I expect Channel Blond to have 100 or more members when I come back for homecoming next year, and I expect closeted students to become more comfortable with themselves during their journeys because of the group.

JB: Interested students should email either Jonathan (jmccore@ncsu.edu) or I (jtbulloc@ncsu.edu) and express their interest in joining. We just have to confirm they are both Black and queer or questioning because we are a closed group and keep everyone’s information confidential; outside of those that have expressed permission to be seen. From there, they will be added to our emailing list, and it is up to them to come to our physical meetings or stay in contact virtually.