Panel Dives Into the Triangle’s History of LGBTQ+ Movement 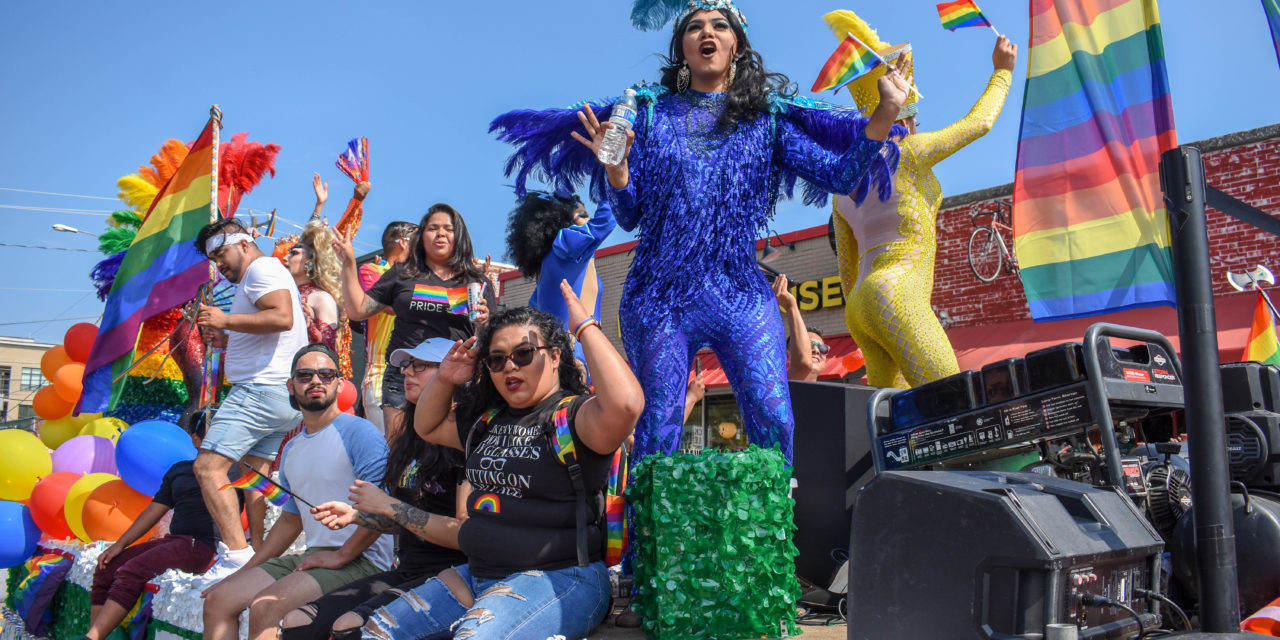 The GLBT Center explored the history of the Triangle’s LGBTQ+ community with a panel discussion hosted on Oct. 24. The panel featured four Triangle leaders apart of the LGBTQ+ community each with longstanding ties to the region.

The discussion covered a variety of topics ranging from the development of LGBTQ+ life in the Triangle to analyzing the intersectionality of the community.

Natalie Watson, the Operations Manager for the LGBTQ+ Center of Raleigh, opened the talk with a brief walkthrough of the origins of the Pride Celebrations in the Triangle.

“The original history of Pride dates back to the 1980s,” Watson said. “There was a young man found murdered in the Eno River. And people believe that he was gay and that was why he was killed. The actual North Carolina Pride was started from a protest and it went on for several years… Durham decided to take on the day festival and Raleigh took on the night festival.”

Justine Hollingshead, the Chief of Staff for the Division of Academic and Student Affairs (DASA), spoke about the development of the LGBTQ+ community in Raleigh.

“I helped to start the LGBTQ+ Center of Raleigh and was on the first board before it was a physical place,” Hollingshead said. “Initially, Raleigh was really just Legends — a white, male identified bar. There wasn’t really a nightlife there.”

Debra C. Hyson, the president of Raleigh’s LGBTQ+ Chamber of Commerce, spoke about how she has personally witnessed the progression of LGBTQ+ rights in both Raleigh and North Carolina.

“This year I was invited to the Governor’s mansion in June for pride month,” Hyson said. “If you would have told me 20 years ago that in Raleigh, NC I’d be in the governor’s mansion because I am an LGBTQ+ leader I would’ve called you crazy. This is the South. But this is a sign that things are changing and for the better.”

But while the panel expressed their pride in seeing the advancement of LGBTQ+ rights, they still discussed the not-so-positive reality of being in the South that many members of the community still must face.

North Carolina’s ugly history of LGBTQ+ disenfranchisement came up several times during the discussion. The two pieces of legislation that were talked about the most were North Carolina Amendment 1 — an amendment passed in 2012 which outlawed same-sex marriage — and the infamous House Bill 2.

The group was able to elucidate for the audience just how impactful the passing of the pieces of legislation was for members of the LGBTQ+ community.

“People in the Triangle had to wake up and realize that we are not in a bubble,” Watson said. “HB2 was, I think, very eye-opening for a lot of folks. It forced people to finally have to take a stance and do some research on their own about the trans community. It made people get more into politics than they were comfortable with.”

Timothy Lemuel, the owner of three LGBTQ+ affirming night clubs in Raleigh, reflected on the intersectionality of the LGBTQ+ community and pointed to how racism still plays a role in fracturing the community.

“Racism is alive and strong,” Lemuel said. “In Raleigh especially, there is a strong divide between white, gay men and the rest of community… It’s a feeling of ‘we can get married, we can be out in public — good luck to the rest you.’  I fight that in my club by trying to create events and parties where we can obliterate that.”

Hollingshead underscored the importance of both members of the LGBTQ+ community and its allies to continue fighting for the advancement of the community. She acknowledged that burnout is a problem for advocates, but emphasized that we must keep fighting for future generations.

“It takes a long time,” Hollingshead said. “When you look at civil rights, voting rights — it doesn’t happen overnight. There might be some things I’m fighting for that won’t happen in my life, but it will happen in your life.”

Hyson continued with the sentiment of the need to continue improving the Triangle’s LGBTQ+ community.

“Even within our own community we have a lot of issues and problems,” Hyson said. “All I can do is encourage each and everyone of you as you go into your lives post-college and even while you are in college is to ask ‘what can you do to affect the world and be the change that you want to see.”