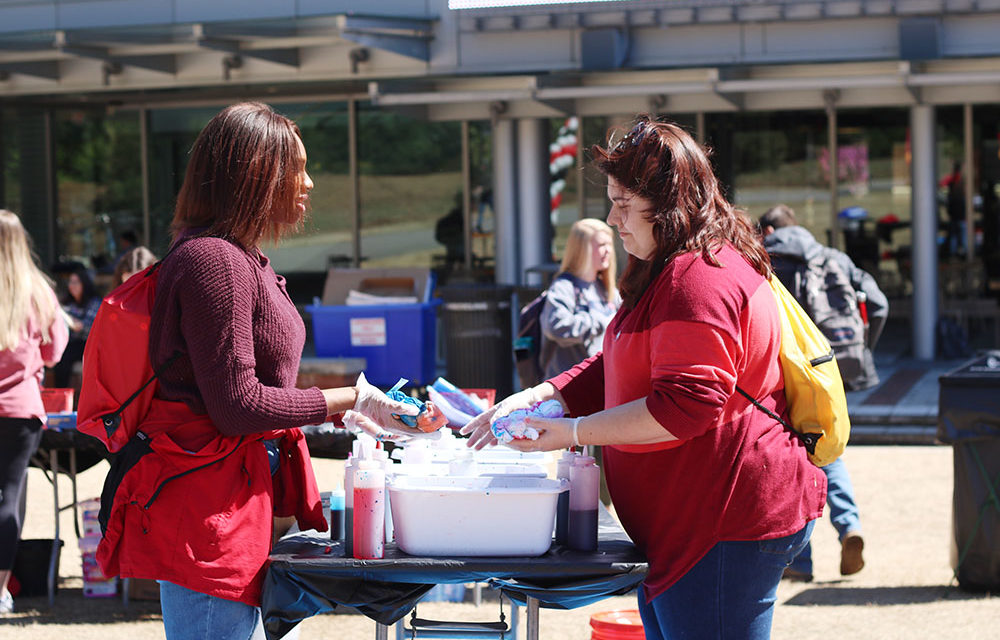 NC State’s first Day of Giving raised $13.5 million from 10,810 gifts to several funds and endowments across campus on Wednesday, March 27.

During the day, people had the opportunity to give to colleges and other campus programs, like student affairs and NCSU Libraries.

Many organizations on campus collaborated to teach students about the purpose of Day of Giving, like the NC State chapter of the National Association for the Advancement of Colored People (NAACP).

Berkeley Bryant, the social media specialist for the College of Natural Resources, talked about the positive impact that the Day of Giving can have on the university.

Overall, many students had a similar opinion on the event. They liked the idea of people choosing a specific destination for their donations.

Emily Fletcher, a fourth-year studying parks, recreation, and tourism management, said, “For me, as a student, it makes me more inclined to give because I know where my money is going and I feel like I’m making more of an impact.”

Students were encouraged to participate in the Day of Giving activities held around campus, like signing their names and writing messages of where they hope the money will be contributed.

Other students talked about how Day of Giving was able to help them with their school fees and to continue to raise awareness.

Ashley Lynn Correa, a fourth-year studying sports management, said, “I transferred in and because of that, the school was able to give me a lot more money for scholarships… That was because of students giving, and so everyone who does get a scholarship, they are affected by alumni giving, student giving, parents giving and I wanted to support that.”

Olivia Adcox, a fourth-year studying biological sciences, talked about what can be done to raise awareness on this matter.

“Let’s hear from students who benefited, maybe that would be interesting to actually have stories of students,” Adcox said. “It’s different when it’s face to face.”

Mulligan said the overall goal was to raise awareness for philanthropy and that giving back makes a good impact.