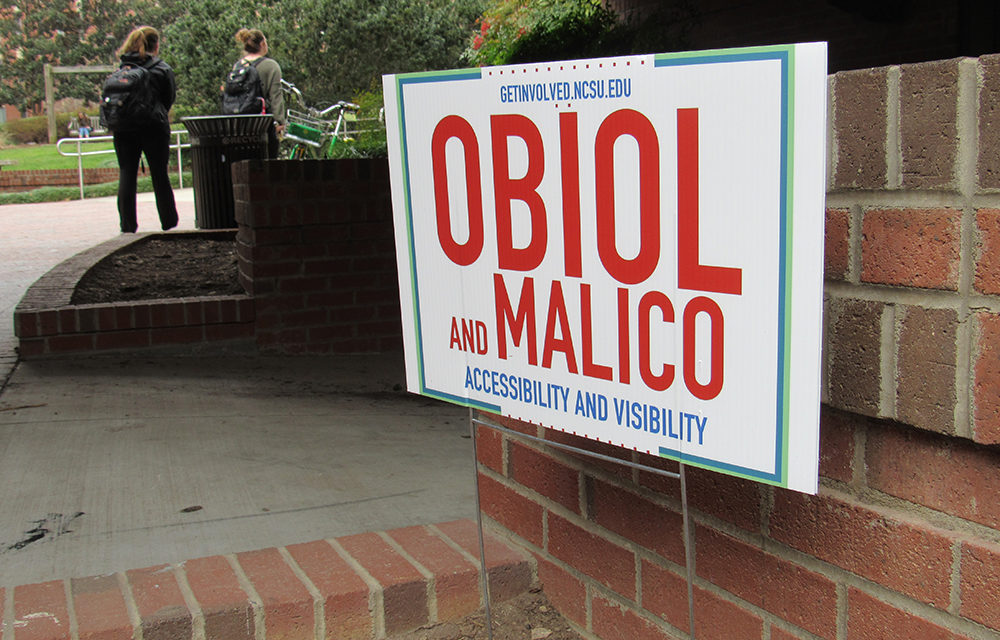 We, the staff of Nubian Message, are proud to endorse Alex Obiol, a third-year studying textile engineering, and Lexie Malico, a third-year chemistry graduate student, for student body president and vice president.

Obiol is the director of University Affairs and has three years total experience in Student Government (SG). Malico is currently a graduate and Lifelong Education student senator and has served on the Chemistry Graduate Student Association.

The Obiol-Malico team has demonstrated the depth and breadth of their knowledge of SG and its role in advocating for students. This is evident in their platform, which assigns initiatives to specific executive departments.

Their platform includes plans for a Diversity Round Table Committee, modeled after the current Student Organization Round Table. We believe this initiative holds great potential as an additional avenue for marginalized students to advocate for themselves.

Obiol and Malico also understand the significance of NC State’s proximity to our state’s legislature. Their platform lists an initiative to push for DACA students who completed high school in North Carolina to qualify for in-state tuition. During the Student Media-hosted debate, Obiol was asked specifically about the feasibility of this plan and its execution. Her strong response indicated she was confident that significant progress could be made if the next student body president used their power to push for change at the state level. Obiol understands the power a student body president has and isn’t afraid to push it to its limit.

During a presentation to our staff, Obiol further showed her commitment to upholding diversity and inclusion at NC State by giving a firm condemnation of the racially insensitive behavior displayed in the Theory group chat earlier this semester. Obiol has discussed plans to prevent future events like this from occurring through the creation of an NC State Bill of Rights produced by SG, which would reprimand such behavior.

The Obiol-Malico duo’s involvement within SG has established the connections across campus necessary to achieve her platform’s goals. Further, Obiol’s emphasis on creating a better culture surrounding mental health within SG is admirable. Obiol made it clear during the debate that she hopes to embody the change she wishes to see within SG and, eventually, throughout campus.

While both student body president tickets had great ideas, we believe Obiol and Malico are best equipped to accomplish the ideas listed in their platform.

We encourage all fee-paying students to vote at getinvolved.ncsu.edu from Tuesday, March 4 at 8 p.m. until Wednesday, March 5 at 8 p.m.

Seeing through the Smoke: Controversy and Campus Organizations