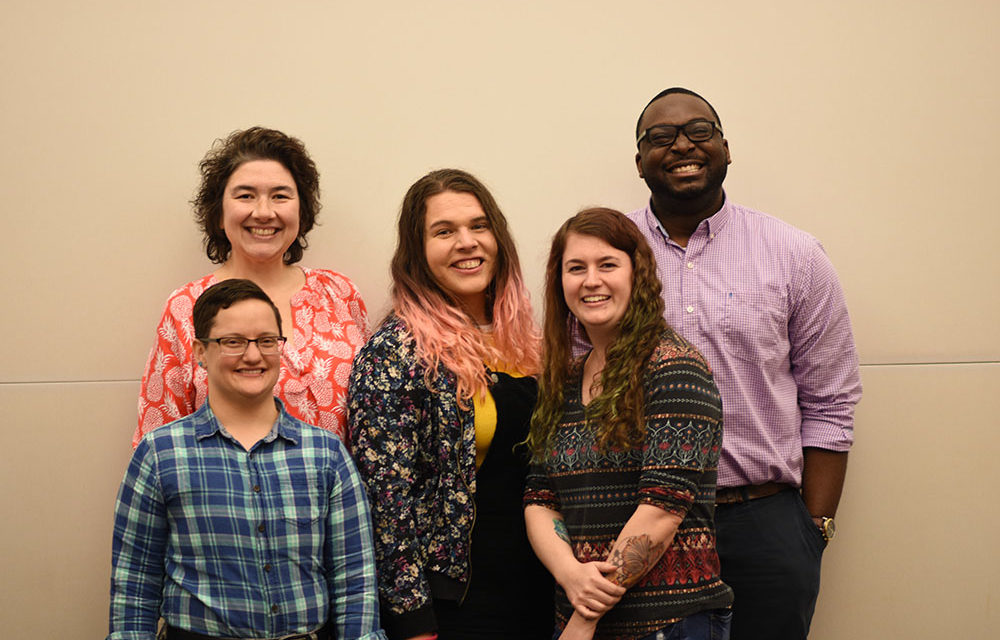 Sophie Labelle is a cartoonist best known for her webcomic, “Assigned Male.” The comic is about a trans girl who deals with unique experiences revolving around gender identity and gender norms. Labelle has also worked on a number of other comics and even created a few children’s books.

“I wanted to give kids a chance to talk back to all the bullshit being thrown at them,” Labelle said, explaining her reason for creating “Assigned Male.” Her initial target audience was the entire transgender community, but then she realized that she wanted to focus on uplifting transgender children.

In elementary school, Labelle encountered bullying during recess. Her school wasn’t sure how to approach the situation, so she was kept inside during recess everyday. Experiences like this introduced Labelle to transphobia in her community early on.

Labelle briefly spoke on the discrimination her comics were met with when she first started creating them. The biggest adversaries could be found among “TERFs,” Trans-Exclusionary Radical Feminists, who believe that transgender women are not women.

TERFs are just one example of the discrimination transgender women face and the attempts to devalue and dehumanize their identity. Labelle views these discriminatory factors as motivators to keep producing comics. Through her comics, she can reach out to the transgender community and let them know that they aren’t alone. She intends to validate their gender identity in every way that she can.

She also spoke on the fact that many transgender people are low-income, and there aren’t many resources available to the transgender community.

“The people who need it the most, often don’t have access to it,” Labelle said. Labelle wants to bring attention to the growing problem that many people have to face and simultaneously find ways to make her comic more accessible.

Labelle emphasizes the importance of activism and the reality of the never-ending job. She wants her comics to serve as a productive means of taking a break for the transgender activists out there. As a transgender woman, Labelle feels that she is always expected to answer every question asked of her in a polite manner and act as an enlightened monolith of all trans people’s experiences. Her comic can serve as a reference for many questions asked regarding trans experiences.

“I wanted to give tools for activists to take a break,” Labelle said. “When you’re trans and you’re out as trans, activism doesn’t end.”