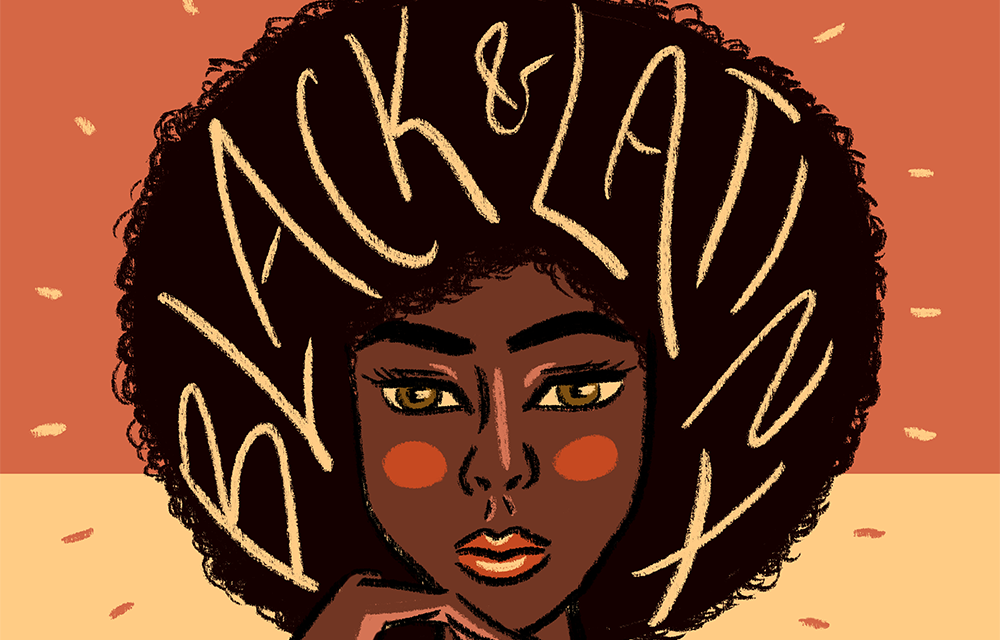 “Afro-Latina” is a relatively new–and seemingly complex–term to most people.  With celebrities like music artist Amara La Negra and actress Gina Torres bringing the discussion of what it means to be Afro-Latina in the entertainment industry, we’re implored to learn about the way Afro-Latinas navigate everyday life–especially on college campuses like NC State.

So, what does it mean to be an “Afro-Latina”? How do they experience NC State’s campus? Nubian Message met with three Afro-Latina students to find those answers.

“For the most part it means someone who is Hispanic with African origins,” said Marriah Decosta, a third-year studying sociology who identifies as Afro-Dominican and president of the Caribbean Student Association. ”Like, I’m not African, but I know somewhere down the line I came on a boat from somewhere.”

“My identity is very hard to explain to some people,” said Caíla Holley, a sixth-year studying geology and chairperson of Lambda Theta Alpha Latin Sorority, Inc. (LTA), “because at the end of the day, I’m black. I feel like oftentimes black Americans in the United States see black as american-only, and it dismisses black or Afro-everybody else.”

Holley continued: “For me, the Latino community has always been where I’ve felt more at home. Also, a place very dear to me is Dominican Republic. I eventually want to live there.”

Ayanis Lindo, a postgraduate from the Class of 2017 who studied zoology and member of LTA, is from a Panamanian family that immigrated to the U.S. She grew up in Fort Bragg, North Carolina. “Although my parents are immigrants,” Lindo said,” and although they are Panamanian and they’re Latinx, that doesn’t mean that I’m very much different. That black culture transcends. It didn’t really change much from Latin America to American itself.”

There’s little data that shows the exact population of Afro-Latinas at NC State. Presumably, the figure is small, considering the Latinx student community only makes up 4.7% of the 32,898 total student population, according to the Spring 2018 Enrollment report published by the Office of Institutional Research and Planning.

“There’s not that many Afro-Latinx in general,” Decosta said. “I remember last year I helped facilitate an event called ‘Latinx And,’ and one of the segments was Latinx and Black, and trying to find panelists for that was really hard because most of us are Dominicans or Panamanians.”

As an identifier, “Afro-Latina” expresses an intersection of identities: Black and Latinx, and it bears some weight on how these students navigate campus culture socially across the Black community, the Latinx community and the overall student community.

When talking about her experiences with the Latinx community, Decosta said, “It’s awkward exclusion from my experience. I don’t speak Spanish very well, so it’s hard to join in. They’re really clique-ish. It’s not even really the thing of being Afro-Latina. Sometimes it’s about what country you specifically come from. For here, most people are Puerto Rican or Mexican, so not following those set traditions or having that background [makes you] not fit in. They have certain mannerisms or inside jokes you may not understand.”

However, Decosta also has positive experiences: “I have a lot of friends in the Latinx community. I go to events when I’m able to… for the most part, people are very accepting.”

Holley and Lindo also relayed feeling acceptance from the Latinx community, especially as member of LTA. Lindo recalled being inspired to become an AYA Ambassador because of one of her sisters and how taking on that role helped her understand her identity.

“To this day,” Lindo said, “I’m really grateful that I finally pushed through that and I had my sorority sisters to help push me through that and find my identity. From that point forward, I felt, ‘I am Afro-Latina. I am Black, but I’m not American.’ Not being American doesn’t mean that I’m not going through the same things that somebody who grew up here did, I was just raised a little differently.”

On an administrative level, NC State has made efforts to improve representation and consideration of its Latinx community, primarily through hiring capable staff in offices such as the Multicultural Student Affairs (MSA).

Lindo said, “As for the school portion, the staff that they’re hiring for these different offices, they have been really great people that have brought so much to the university to highlight that appreciation of culture. And they get students excited. From the alum standpoint, I see how excited the students are.

Back in the day when I started at NC State, it was the student’s job to celebrate diversity. It was hard because some of us were dealing with our own identities, plus we got school, this, and that, so it’s nice to have people to take our ideas to actually make them come to fruition and make them happen.”

But even with these strides, there is still room for NC State to improve. From preemptively supplying admissions applications’ instructions in Spanish to placing more Latinx people in administrative positions, the school can do to further support Latinx students in general.

Holley said, “When we don’t have as many people represented in administration, why would they think about us? They never had to think about how I’m going to go to college, how am I going to pay for college, how am I going to translate this to my parents. Even in poorer white and black communities, there are things we have to do to help our parents out because they aren’t higher educated. Imagine that with a language barrier.”

Holley asserted that having more diverse people in these positions leads to more understanding and consideration of issues that affect students from different backgrounds. Without those perspectives, such issues may go unacknowledged, and that unacknowledgement doesn’t make a welcoming campus. “What draws people to a university is not just the grades or rankings. It’s also, ‘Will I feel at home?’”