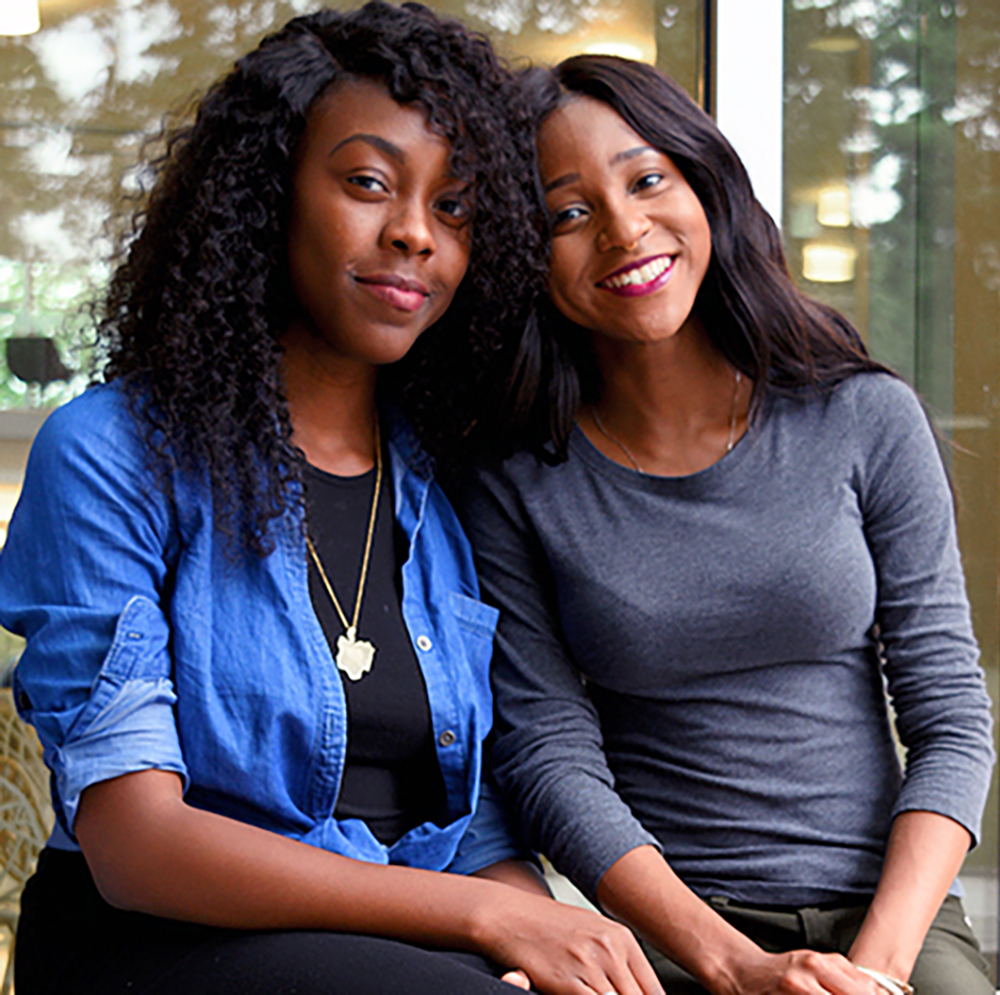 Laurel Ilmberger-Fischer/Photo Correspondent
Naomi Ejim and Ada Evbuomwan are the co-founders of A & N Hair Hustle. “This has taught me a lot about myself and my communication skills and my people skills,” Ejim said. “You learn a lot of patience dealing with other people.”

“Coming on campus, you have to have some sort of hustle if you’re not gonna have a full-time job. We saw the need for a hair hustle.”

Ejim and Evbuomwan began doing hair long before college. Like many women who do their own hair, high salon prices were a motivating factor.

“I started doing hair in high school because my sister and I eventually got to a point where we were tired of paying other people to do our hair,” Ejim said. “And you kind of feel indebted to keep the hair in for longer when someone else did it or when you paid for it. So I looked up the trusty YT University–YouTube University–and I learned and it’s been going from there.”

Evbuomwan, who spent her early years in a hair salon in Nigeria, had a different story.

“My interest started way back,” Evbuomwan said. “In Nigeria, my grandma owned a salon so it was like a family business. When one person owns a salon it’s all hands on deck. Even if you’re 5 years old, you’re sweeping the floor, you’re doing something.”

She was 8 years old when she moved to the US and her family found that salons were comparatively more expensive here.

“It was me, my sister, and my mom and it was just not realistic for all three of us to get our hair braided as often as we did in Nigeria,” Evbuomwan said. “That’s when I was like, ‘okay I guess I’ll pick up a few skills here and there.’ It was basics at first, like cornrows and box braids. My mom and my sister were my practice.”

The duo met on Quad, a now-retired messaging app targeted towards college students and student groups. They decided to become freshman roommates after realizing they had mutual friends and mutual interests. Now, not only do they draw on their experiences and self-taught skills, but Evbuomwan and Ejim also learn from each other.

“Naomi has a lot of skills that I had to learn from and I thought that was really interesting,” Evbuomwan said. “Before I met Naomi, I didn’t know how to make wigs, I never even knew the concept of crochet. I learned a lot from her.”

In many ways, they’ve grown less dependent on YT University. According to Evbuomwan, she can teach Ejim faster than a YouTube video can and vice versa.

Such speed is important too. As trends rise and fall, A & N Hair Hustle must learn new skills and perfect new styles to stay relevant.

“It’s about keeping up with the current trends,” Ejim said. “As of late, people have been interested in Fulani or Alicia Keys cornrows. It was something that I knew how to do but hadn’t had a lot of intimate practice with. In order to keep up with that demand, I had to perfect that skill.”

And that demand for A & N Hair Hustle’s services varies throughout the academic year.

“We have busy seasons and then we have regular seasons,” Evbuomwan said. “For example, in one weekend we can do 3 or 4 people’s hair and it’s back to back to back. Then we’ll have a 2-week lag with only 1 or 2 people until fall break or Thanksgiving break when a lot of people want their hair done.”

Ejim added, “We normally get really busy right before breaks because everyone wants to flex a little bit.”

“Pan-Afrikan week was a mess,” Evbuomwan said. “We would do one person’s hair and, of course an event would happen on campus, and everyone would see the hair and say, ‘oh wait, you do Marley twists?’ We got referrals back to back.” The majority of A & N Hair Hustle’s clientele comes through referrals.

Generally, they set up shop in their clients’ living space, however, when that isn’t possible they use one of their own apartments.

In addition to operating A & N Hair Hustle, both Evbuomwan and Ejim are involved in other aspects of campus and have other jobs. Evbuomwan is a Resident Advisor in Wolf Village, the president of Black Business Students Association, a member of African Student Union, and a Poole College of Management student networking group mentor. Ejim is a certified nursing assistant, the event coordinator for ASU, and the vice president of Minority Association of Pre-Health Students.

Balance and time management have been essential to A & N Hair Hustle’s operation.

“We’ve definitely learned a lot about time management and making sure we don’t drop anything that’s important,” Evbuomwan said. “We didn’t come to NC State to do hair; we came to get a degree.”

After graduation, Evbuomwan hopes to pursue a career in business and Ejim wants to attend medical school, leaving the hair hustle behind. Until then, the A & N Hair Hustle duo will continue to grace NC State with their talents.

You can contact A & N Hair Hustle at aaevbuom@ncsu.edu or nnejim@ncsu.edu.