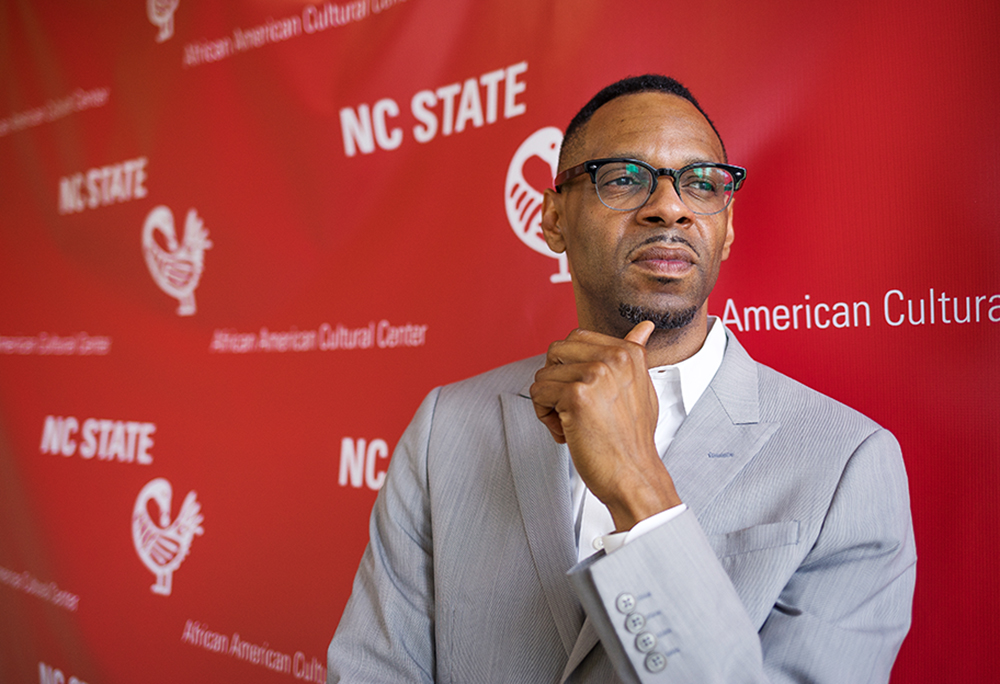 Before accepting the position as director of the AACC, Greene was the chief communications officer and assistant professor of media and communications at St. Augustine’s University. In addition, Greene was one of twenty educators selected to be a fellow of the Academy of Arts and Television Sciences Foundation, also known as EMMY. This program honored Greene for his involvement in arts and multimedia. After serving thirteen years in the classroom, Greene is looking forward to working in what he describes as a “bigger classroom.”

The AACC was founded by Dr. Lawrence Clark and Dr. August Witherspoon, who intended the center to be the “hub” for the promotion, appreciation, and the awareness of Pan-African culture.

One of Greene’s goals is to follow the footsteps of Clark and Witherspoon by ensuring that the AACC is not being viewed as an “administrative office that operates from eight to five”; it will be a center, a place that gives students a “sense of home.”

“We need to be a center where you can come at 9:30 at night and see a movie,” Greene said. By making the AACC more accessible, Greene believes that it won’t force people to fit time during their work day to stop by.

Greene also has a mission is to “build the infrastructure towards five areas: increasing visibility of the gallery and the library, community outreach, enhancing the visual and performing arts, student development and leadership opportunities, and interdisciplinary research and faculty engagement.”

Greene plans to increase visibility of the gallery and library by hosting more events such as a fall exhibit by Brandon Odum, an artist featured on Ava DuVernay’s show Queen Sugar.

In modifying community outreach, Greene hopes to give the center a “home” feel, providing students and community members with a sense of belonging. He plans to make this space one that all groups can use. For example, a Wake County school could meet in the AACC library for activities.

The center would also be a place where tough discussions can occur. Through programs such as town halls, the center could ultimately be a safe haven to talk about any topic.

Enhancing the visual and performing arts is especially important to Greene, given his multimedia background. The arts are a crucial part of the community as a whole and provide a medium for students to express themselves. He mentioned that next semester the AACC will partner with Dr. Daniel Monek, the director of the music department, for a vocal technique group.

Developing scholars and creating leadership opportunities is one of Greene’s intentions while being director of the AACC.

“Scholars [are the best part of the job],” Greene said.

One of the opportunities he hopes to create is study abroad opportunities. While at St. Augustine, Greene coordinated a trip with students to Paris. He has a few places that he is considering taking students, like Ghana or Kenya.

Interdisciplinary research and faculty engagement is the fifth component of Greene’s vision. Greene says that the center wants “scholars, professors, and those who are interested in research to be using our [AACC’s] library.” He even set a goal for the library to publish books because “we have the scholars.”

With every move that Greene makes, he ultimately wants to make his ancestors proud. As Greene works towards these goals, he follows the wise words of legendary Mama Thorpe: “Are you making the ancestors proud?”

By reinforcing this mentality, Greene believes each person can become to best at whatever they aspire to be.