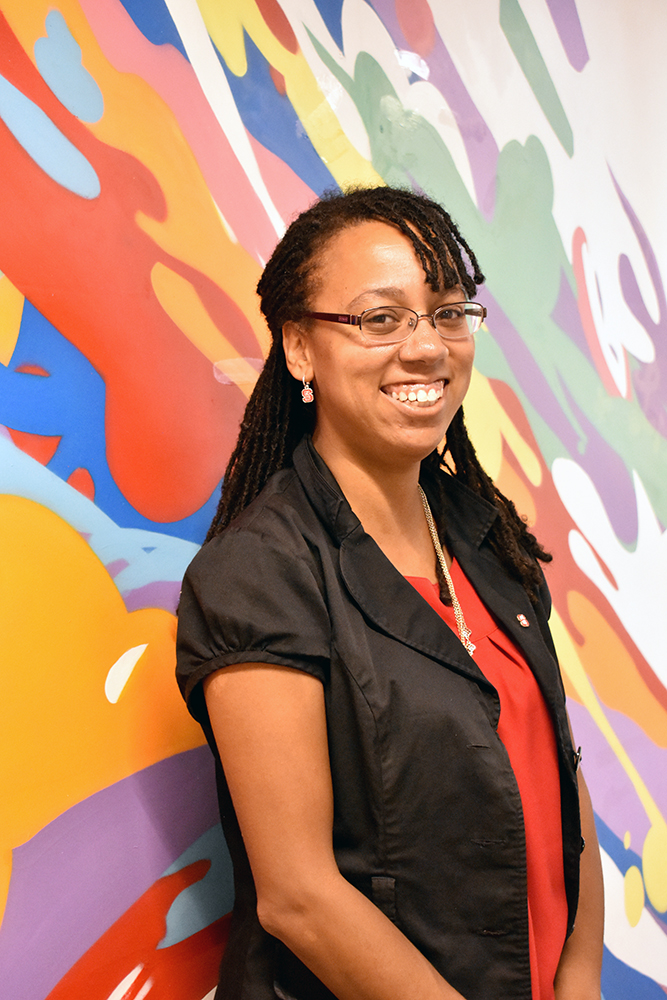 Priyanka Kundeshwar/Photo Correspondent
Dr. Jamila Simpson met to speak about her journey to getting her PhD on 23 August, 2017. She got her undergraduate degree in meteorology, and her master’s and PhD in science education at NC State. She encouraged students to “find a community of people that will support you on your personal journey”.

Dr. Jamila Simpson is the assistant dean for academic programs, student diversity and engagement for the College of Sciences. But before that, she earned a bachelor’s degree in meteorology and master’s and PhD in science education, all at NC State. She graduated as the first African American woman to receive a B.S. degree in meteorology at NC State.

Before she took the position, then called Director of Multicultural Affairs and Student Services in the College of Physical and Mathematical Sciences in 2008, Simpson was working as a science education specialist at UNC Chapel Hill Planetarium and Science Center. Dr. Wandra Hill, Simpson’s previous mentor, was stepping down from the position at NC State. Because of her relationship with Hill, Simpson was familiar with the work and its importance.

It wasn’t without some misgivings that Simpson applied for the position. “I was not sure if I wanted to apply for the position since I knew Dr. Hill, and if you’ve ever met her, you know that she is a powerful force for change,” Simpson said. “The idea of possibly following her was overwhelming.”

She went on to say, however, “The position was my dream job description.”

The purpose of the position touched on Simpson’s graduate research, which focused on “creating an environment where science is relatable and accessible to all, especially underrepresented students.” So in spite of her nerves about following Hill and engaging college students, Simpson applied and was accepted. She said, “It has been the best decision and experience of my life.”

As the assistant dean for academic programs, student diversity and engagement for the College of Sciences, Simpson’s job is just as busy as it sounds. In her role, she creates programming and handles administrative processes that support the success and development of all students in the College of Sciences. That means doing things like schedules and withdrawals, as well as managing leadership programs like the Sciences Ambassadors and the Sciences Council.

It is also her job to create programming that aims to recruit, retain and graduate students from populations that are largely underrepresented in the sciences, which are African American, Hispanic/Latinx, Native American and Pacific Islander.

Student retention is a key component to Simpson’s work. “If they change their major, I want it to be because they found another subject they love, not because of stereotypes of who belongs in science,” Simpson said.

These stereotypes had an unfortunate roll in Simpson’s background. When recalling her days as a student at NC State, and how the lack of representation in the sciences and on campus impacted her, she said, “I did not have many role models that looked like me, only a few on television, and at times, that was difficult. It was impacting my view of myself, especially as a potential scientist. I questioned myself so much and wondered if I could do it. I don’t want students to feel like that.”

In spite of those feelings, Simpson still says that NC State is home for her. Another reason she applied for the position is because of how much the university and the College of Sciences impacted her. “NC State and the College of Sciences gave so much to me when I was a student,” she said. “It helped me discover who I was in the world as a scientist and a human being. I want to help students find that for themselves as well.”

To that end, and as part of her position, Simpson has been involved with numerous efforts to make sure the students in the College of Sciences feel supported. Some of these include creating the Wolfpack Weekend in 2011, which she runs in conjunction with the the College of Natural Resources, for high-school seniors. Another is the Senior Diversity Banquet, held every spring, which recognizes students from underrepresented populations who are graduating from the college.

With all that she does, it makes sense that the best part of her job is, “Working with students, hands down. Whether that’s creating growth opportunities for them, connecting them to other resources on campus or just being there to let them know they can do it. That’s my favorite part.” Jordan Taylor/Photo Correspondent
Dr. Jamila Simpson is the Assistant Dean for Diversity and Students Services for the College of Sciences, and an alumni of NC State. “NC State is filled with people who want nothing but the best for you. Look for my amazing colleagues who do diversity work in the colleges,” Simpson said. 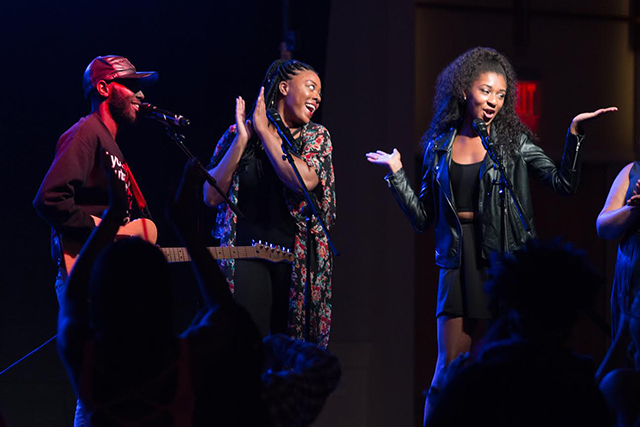 It Isn’t Just Something You See On TV HIV/AIDS: Establishing itself in our community, now more than ever 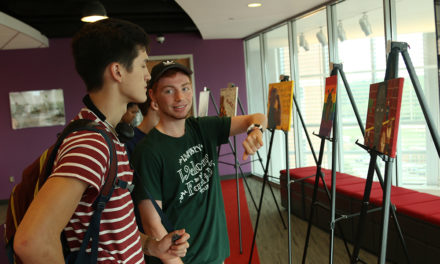