On January 28th, about 600 people gathered in Stewart Theatre to watch Navarasa, NC State’s first Indian classical dance competition. Approximately 6,000 dollars were raised for Child Rights and You (CRY) an international charity that supports the rights and wellbeing of children.

Ayarah Dharanikota, a sophomore at NC State studying biomedical engineering, said, “The main thing that I find with classical dance is the story telling part. There are different types of classical dance, and they each have a different way of expressing their stories.” Dharanikota volunteered at the event as a liaison. “I helped to make sure the teams have a good transition into the call, make sure they’re comfortable, get anything that they need,” Dharanikota said.

The performances ranged from lighthearted to serious and drew from many different time periods and cultures.  On the serious side, VCU Thandavam told the story of a fairytale wedding that ends in domestic violence and tragedy. Duke DBS Raas retold a Sherlock Holmes mystery in the style of Raas, a traditional folk dance. NCSU Nazaare told the story of a heroine making her way through senior year of college.

“All of the students organizing the event were NC State Students. Five out of ten, half the board, is also on the dance team, NCSU Thandav. We’re competing next weekend at a university in Maryland,“ said Jyothi George, a sophomore studying Human Biology at NC State who served as the social chair for Navarasa.

While there were many strong performances, three teams received special recognition. George Mason University Bhangra won first place for viewers’ choice. Their performance highlighted Punjabi culture. The dance used several different rhythm instruments as props. Emory Savera won second place for the Indian classical dance category. Their performance told the story of human’s disregard for nature. They portrayed both the death and potential revival of mother nature. First place went to Penn State Natya.  Their team depicted a story of two lovers who were banned from seeing each other by their respective communities because their union was not considered socially acceptable.

One theme throughout the event was the strength, robustness, and diversity of Indian culture. Pavani Peri a first year student studying linguistics at UNC Chapel Hill said, “Starting off with the national anthem of both the US and of India showed the strength of the culture, that it’s being passed on.”

Sneha Krish a first year student studying biology and political science at Virginia Commonwealth University said, “classical dance is just as important as more modern forms.  Like today where we were showing about ending domestic violence.”

Indian classical dance is an adept mode of storytelling that uses the full range of human expression. Krish explained that “Bharatanatyam comes from the words Bhava, Raaga, Taala, and Natyam. Bhava means expression, Raaga means melody, Taala means rhythm, and Natyam means dance. Bharatanatyam is known as one of the highest forms of art.”

Raas is a type of folk dance from Gujarat, the Indian state. Raas stands out with the use sticks called Dandiya that are spun in the air by the performers.  “It’s really high energy,” said Arjun Desai, a member of the Duke DBS Raas team.

All of the proceeds from Navarasa went to support Child Rights and You, an international nonprofit that supports children in many countries including India and the United States.

More information about the organization CRY is available at http://america.cry.org.

Organizers and volunteers at Navarasa expressed that they hoped more people would learn about and appreciate Indian classical dance. “I want classical dance competitions to get more recognition, because they don’t get as much appreciation in the dance circuit, so coming to these events, observing them and appreciating them and other dance forms to is important,” Dharanikota said. 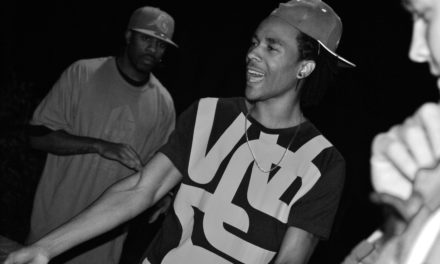 “Because The Cipher is So Unkind”

A Teachable Moment: A Response to the Technician “Shadow of The Past” Cartoon Excerpt