As a third year African American student at NC State, it may seem like sacrilege that this year’s Harambee!! was my very first. It was unlike anything I’d ever experienced before. I’ve never been in a room so steeped in love, community, and African tradition.

Harambee is Swahili for “let us come together” and that is exactly what the black community of NC State did on Thursday, Sept. 8, 2016, just as they have in past years to welcome the new “harvest” of African American students, staff and faculty.

With this being my first Harambee!! I wasn’t sure what I was walking into, but because it was a welcome ceremony of sorts, and held by the African American Cultural Center (AACC), I knew the atmosphere would be a warm one, as per usual for the AACC. And it was. It was also suffused with African tradition. Homage was paid to the elders at the beginning, their permission asked and granted before the program would proceed. Libation was poured in thanks, as the audience murmured “Ashe” in acknowledgement, and of course we began with drums.

All of this, and the honorable mentions of faculty, staff and students who played a significant role in the community, I suppose I expected, but what surprised me was the tone the event took once the performances started.

Let me back up a little. Upon walking into the room, I noticed the empty chairs up front with signs on them. The signs read things like “This seat is reserved for all men, women, and children lost to domestic violence,” “…for those who have served and protected,” and “…for those who have lost their lives to police brutality.” That should have clued me in to what sort of themes would be expressed.

The performances were a series of spoken word pieces that challenged stereotypes of what it is to be black, and gave voice to the anger, helplessness and the hope black people cycle through on a daily basis.  Between parts of the spoken performance was an original song written and sung by Matthew Wright, a junior majoring in graphic design, and AYA ambassador for the AACC. The song, “Steal away,” was accompanied by a video depicting images of protests dating from the civil rights movement and all the way up to now, with issues such as Black Lives Matter playing major parts.

Cynthia Sharpe, NC State Alum and spoken word artist performed a piece that cried out against police brutality against African Americans, as well as injustice within our own community. John Miller IV, a graduate student in the College of Education, performed contemporary dance routines to both Sharpe’s poem and Wright’s song, adding a more visceral emotional element. I am not ashamed to admit that I cried twice.

The song was absolutely beautiful, as was the poem, and both made you think a little harder about what it means to be black in America right now, and why it is so important for us to stand together and help each other do better.

The third time I cried was when Toni Thorpe, AACC Program Coordinator, also known as Mama Thorpe, performed a lament that repeated the words “Have you seen my children?”

She walked around the room, asking after “her children” Trayvon, Emmett, and Sandra, and all the countless nameless victims of police brutality and racial injustice. She confronted all of society, asking “What kind of world is it now? Are you good for my children? Are you teaching them who they are, or just teaching them what you need them to be?”

Mama Thorpe ended by passing on the metaphorical baton to a young girl, making it clear that our children truly are the future, but also that they will need our help, and that it is the responsibility of not one, but all to change the world.

Harambee!! 2016 was a celebration, a welcome, a call to action and at the end, when we all joined hands and chanted “Harambee” seven times, that regardless of who you are, or where you come from, that it takes a village, and we have ours right here at NC State. 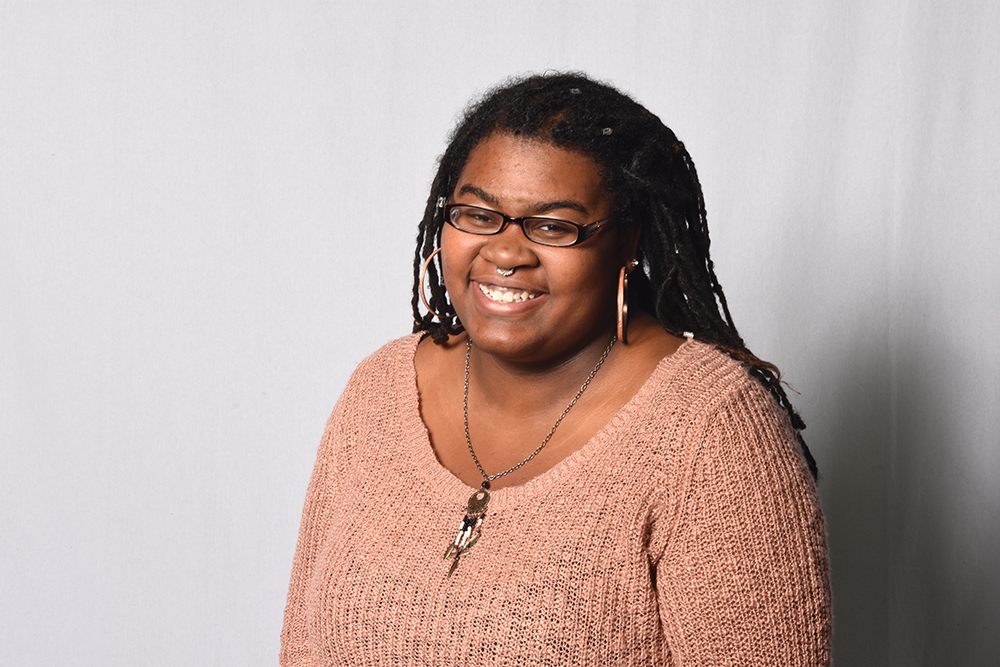 Letter From the Editor: Reclaiming Our Excellence

Why New Year Does Not Mean New You