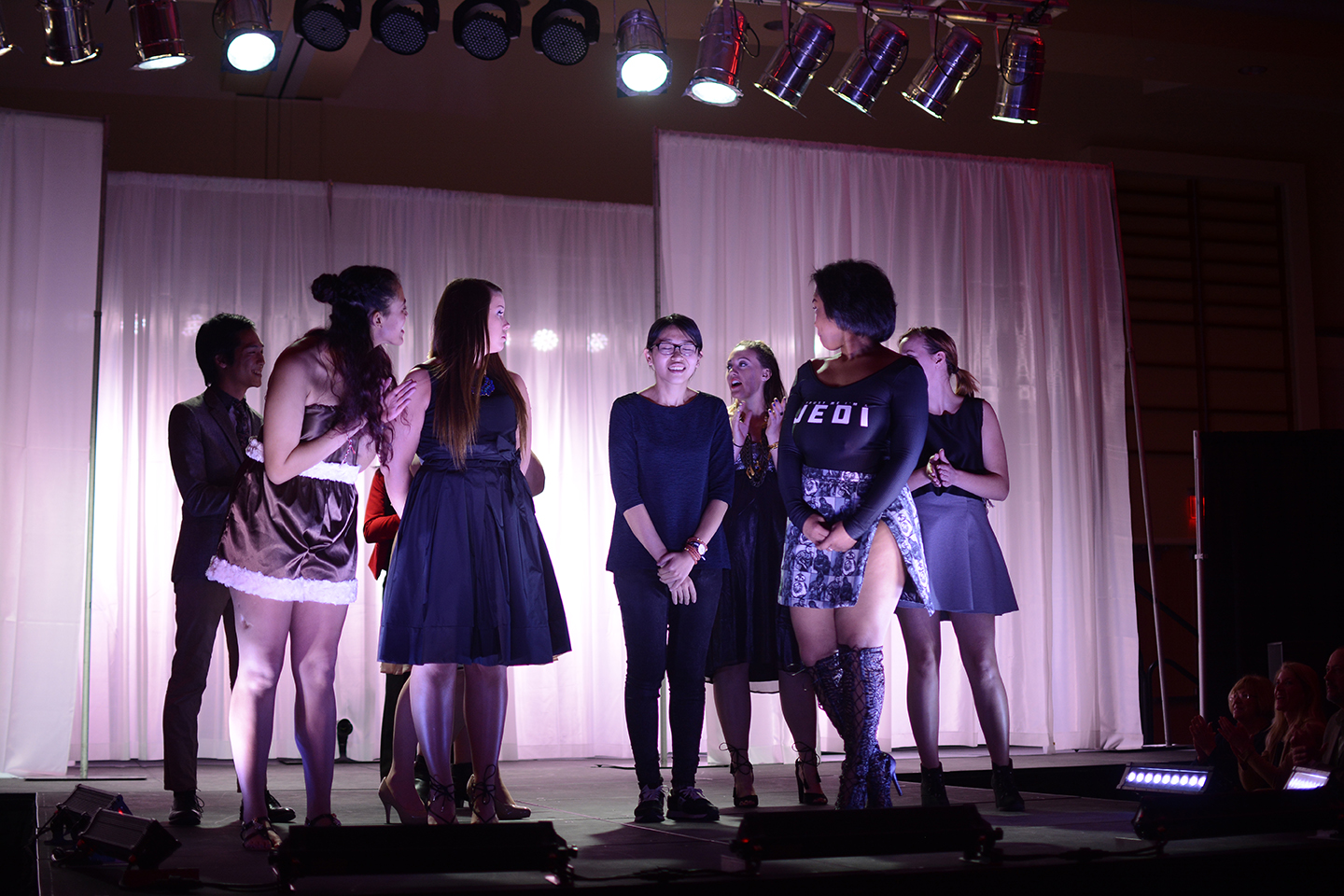 The 19th Annual Fashion Expose went big this year exceeding all the hopes and expectations of all who attended. The event is hostedd by The African American Textile Society.

The fashion show featured eighteen designers, half in the novice category and the other in the category of intermediate and beyond. The judges rated each design for construction, concept and runway presence.

This years  theme: “Modern Model,”  focused on simple and classic designs with a twist. The theme incorporated cohesive monochromatic details accompanied with a refreshing take that only a younger generation of thinkers and designers could give.

Schreiner, the designer of the textile prints, states “ they [the prints] were inspired by marble, ocean waves and shattered glass. That’s where the name “Crash” came from.

“I designed the silhouettes,” said Rosenwinkel, “and since we had kind of busier textile patterns we wanted to go with simple silhouette.” The collection focused on loose fits, deep v’s and cut-out shapes. The outfits combined cool grays and light pinks reminiscent of speckled granite.

After the competition the duo is concentrating on finishing out the semester strong and traveling during the summer.

In the intermediate and beyond category Jiayin Li took the win. Her collection included styles for both male and females. She incorporated graphic cartoon prints into modern pieces like jumpsuits and chinos.

“I am from China, so I am thinking about putting some variation of traditional elements into the modern styles,” says Li.

She comments that her patterns were very inspired by ancient Chinese books. Each of her designs featured an embroidered animal face.

“The animals on their backs are six of the twelve of animals found in the Chinese Zodiac,” says Li.  Her models brought attitude and grace to an already well-conceived line.

Li is a senior, who will be graduating in the summer of 2016 and has plans to stay in the United States and search for a job.

A Tale of Two Anyas