“That’s why I do it, I want to be an inspiration to others.”

What Judge Craig Croom has is passion. His love for the bench and the people who approach it is undeniable.

The administrative law judge’s first time on the bench was in July of 1999. He said it was a day that was special and would lead to many more that would be fulfilling, so much so that he is now running for Wake County District 10 Court Judge. It’s a position he’s held before after being appointed by Governor James B. Hunt, Jr. Croom left with almost 12 years on the bench in 2011.

From March 2011 to December 2012 Croom served as a Special Superior
Court Judge. Today, Croom is an Administrative Law Judge with the North Carolina Office of Administrative Hearings.

Having the power to influence youth is what Croom said he enjoys.
Equality and justice for everyone is what drew him to the bench.

Wake County’s justice system would first know Croom as a county deputy sheriff, and later a prosecutor. While performing those roles Croom said he learned about fairness.

“What a judge does is know the law, and apply the law, Croom said. “By following the law everyone receives a fair chance. You don’t take into account all theses other factors, you just do what the law requires you to do.”

During most of Croom’s college career at UNC-Chapel Hill the biology major and part-time EMT paramedic did not have, law school or law in general on his radar–at first.
Croom first wanted to go into medicine. Science would be barrier to Croom pursuing a career in medicine but a catalyst for him becoming a Judge.

“When I got to organic chemistry I said no this is not for me,” said Croom. “But in my political science and history classes I got A’s and A-‘s…I loved it but my original thought
was that I would go for sheriff, I wasn’t even thinking about law school,” Croom said.

It wasn’t until Croom met a legal adviser to the
sheriff ’s department, an officer turned attorney, that he thought about pursuing law school.
Croom would follow in his footsteps.
“I said I might want to do that,” Croom said. Croom wanted to be a mentor to young men, especially other Black males.
“Because when they see someone who looks like them, they say ‘oh he’s a judge, I can become a judge.’”
Croom often runs into people who have been in his courtroom.

“You don’t remember me, do you?” Is what one man
said when he approached him at a church service.
“I get that a lot,” said Croom.

The judge first met the man years ago when the man was just 12 years old at an event he was speaking at.

The man remembered Croom because at the event the young boy was suppose to introduce Croom, but was full of nerves. Like the people-person Croom is he was able to calm the boy down and encourage him to speak in public. During their conversation the boy shared with him that he too, wanted a career in law.

Today, 15 years later the boy is now a practicing attorney in Raleigh. Croom said the man shared with him that his words and he as a person inspired him to choose law as a career.

“That’s why I do it, I want to be an inspiration to others,” said Croom. “We do a variety of things in district court, but my passion is juvenile court. It’s all about saving kids so that they can maximize their potential.”

Easily we all can take a different path, said Croom. He says in life you can choose the famous track or the infamous track. Croom sees potential in almost everyone he encounters and encourages youth to seek paths that won’t land them in his, or any other judge’s court room.

Fact vs. Fiction: How gender roles affect sex and relationships

Designing for the community: Phil Freelon returns to NC State with architecture exhibit

Derrion Albert: An Isolated Tragedy or an Unsurprising Occurrence 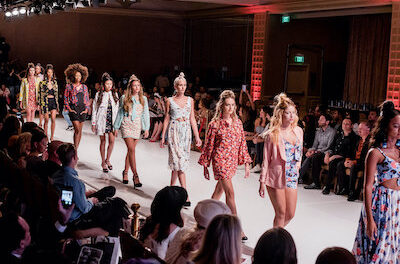