Olivia Pope of ABC’s Scandal and Mary Jane Paul BET’s Being Mary Jane are two fictional characters that have begun attracting a lot of attention in the Black community. These shows have a few things in common: the main characters are both strong, professional, educated Black women; however, they both have social lives that are in shambles.

The representation of Black women in the media has arguably progressed over time- but do Olivia Pope and Mary Jane Paul current portray Black women in a positive or negative light?

Throughout history, Black women have been represented in various roles, most of which have been negative in some way. They have been portrayed as “the help” and were passive and willing to serve those around them. In a large number of roles Black women have simply been seen as a source of explicit sexuality or emotional drama. Now, for the first time in 40 years, Black women have been able to branch out and capture lead roles in network drama, but within these roles they are act as “side chicks” and don’t quite have a handle on their social lives.

In Scandal, Olivia Pope is the ultimate problem-solver. Played by Kerry Washington, she is considered one of the best “fixers” in Washington, D.C. She can negotiate payments and persuade people in a matter of minutes–but she is also the President’s mistress and appears to be completely under his emotional control. In Being Mary Jane, Mary Jane Paul (played by Gabrielle Union) is incredibly smart and is a successful news anchor. She, like Pope is entirely self-sufficient, and hard-working. But, also like Pope, Paul struggles with her love for a married man and simply can’t seem to get over him. These two characters are successful Black women and deal with issues that everyone can relate to; however, their patterns of sexual affair is a behavior that is often associated with Black women. The incorporation of sexual promiscuity into the storylines of both characters suggests that this will always be the case, no matter the level of success achieved by Black women.

Marshall Anthony, Jr., a senior, enjoys watching both shows. “I think its monumental that there is a black female lead on Scandal,” says Anthony. “They highlight both her work ethic and her emotional issues. I think that all people have these problems– it’s not just reminiscent of black women.” Chelsea Pearson, also a senior, enjoys watching these shows as well. “I’m more interested in the cases that they solve rather than [the relationships],” she says in reference to Scandal. “I like the fact that they portray her with a lot of power, but the way that they portray [her social life] is pretty messed up.”

Although both Scandal and Being Mary Jane may have their negatives, overall, these shows fill a void that has been empty in television for decades. Oftentimes it is a challenge to get programming aimed at Black audiences to cross over to white audiences; however, Scandal and Mary Jane have both been successful in doing so, partly in fact to their strong Black female leads. 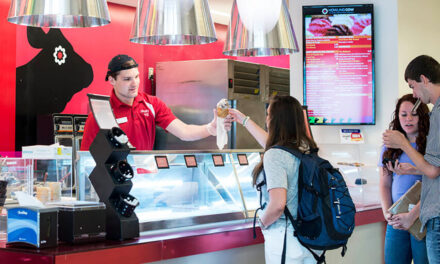 Once Again, Black NCSU Students Are Subject To Racism On Campus