In Anticipation of Black Emojis

With new software soon to be released for the Apple iPhone, there havebeen questions about whether or not the “Emoji” application will include African American representation.

Before 2007, the world, excluding Japan, was stuck in the ways of emoticons. Common punctuation devices could be manipulated to appear as serious faces, winking faces, and even hugging. (Ex. (>^-^)><(^-^<) )

The textual universe changed forever with the release of Apple Inc.’s iPhone, in June 29, 2007. Only Apple and Windows 7 devices have the capability to access the Emoji symbols without the need of a Japanese operator, giving them not only a wide variety of options during text conversations, but also an air of exclusivity, being that other devices require auxiliary applications to view and use them.

The Emoji application began with basic, though numerous, images. Faces that smiled, winked, and blew kisses could be used, as well as different types of food and animals. In 2011, the Emoji II application went on sale for $2.99, and included significantly more food items, as well as variations of smiling faces, stacks of money, and weapons.

Though there have been two updates to the application, and in 2012, Apple Incorporated integrated Emoji into its iOS 5 software, allowing users to bypass downloading the application and activate the Emoji keyboard in the device’s settings instead, users have noticed something missing.

There are many nationalities represented in the world of Emoji’s, but African Americans are not. From a man with what appears to be a turban on his head, to a man that seems to be a Royal Guard, to a dancer with a certain latin flair, Emoji explores a range of ethnicities.

There have been posts on most social networking sites by users that have noticed the lacking black portrayal. Even Miley Cyrus has been quoted, “…before they add nail colors, they BETTER add black people!!!…”

However, some are called to question whether or not the absence of African Americans is racial exclusion, or just general negligence. Other nationalities are unpictured as well, and that added with Emoji originating in Japan and entailing several inherently japanese emoticons, much of the food and the bowing business man, lead some to think that Emoji designers simply included as many races as they could at the time they were considering it, and those that were not included were not excluded. 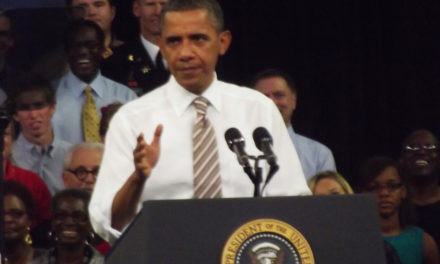 A Conversation with the Pack’s SBP