Here in America, our great “land of the free,” there are approximately 130,000 inmates now housed in privately owned prisons. It‘s a foul stench within a justice system that leads the world in number of persons incarcerated within a state, federal or private institution. Our latest tally of 2 million equates to 25% of the globe’s incarcerated population. This massive waste of human life is commonly known as the Prison Industrial Complex, an oppressive current now being led from the top down by the highly profitable Prison Privatization Movement. Its roots can be traced back to the 1980’s of Ronald Reagan, his “War on Drugs” and tougher sentencing platform. Due to policy makers’ concerns of prison overcrowding at the time, in 1984 the Corrections Corporation of America was contracted to oversee its first facility in Hamilton County, Tennessee. Such transition marked a new federal precedent of complete private control of a correctional institute.

Though depicted as cost-saving efficient operations, independent studies suggest the contrary. A lack of regulation enables smaller staff and inadequate training, in turn, producing more violence and consistently unstable conditions among those who seek to “serve time” responsibly. Sustainable medical care has also come into question. Private prisons like the George W. Hill Center, Walnut Grove Youth Facility and New Castle Correctional Institute have garnered a barrage of recent scrutiny over the deaths of dozens of inmates. And though touted as inexpensively designed, private prisons have proven just as costly to construct as those categorized as public. Even more unnerving, such misguided control sounds eerily similar to the Black Belt’s Convict Lease System of the late 1800’s, a state-run practice throughout the south that forcibly extracted free labor from newly emancipated slaves deemed “criminal.”

Just as then, the same companies grossing billions from the capture and incarceration of American citizens (mostly poor, Black and Latino) are the same brokers who donate millions to state senators, school boards, mayors and police chiefs. It’s no secret that private firms such as The GEO Group possess direct appeal to federal legislation like “Three Strikes” and Mandatory Minimum Sentencing. Common sense says such merging complexities spell corruption—political dividends too close for public comfort. Meanwhile, predatory investors like Wells Fargo, American Express and Merrill Lynch reap robust returns on private bond purchasing—the same greed-driven giants literally “banking” on the results of Black boys and their 4th grade EOG’s. (The Children’s Defense Fund details this association through its Cradle to Prison Pipeline Campaign). As far as the diversity of stock in such regressive investments, additional stakeholders include a slew of corporate sponsors: Nordstrom’s, Microsoft, IBM, Revlon, Target, Dell, Hewlett-Packard and even AT&T, a smorgasbord of some of our favorite brands.

The Human Rights infringement of privatization isn’t punishing someone who does wrong; it’s profiting from the pain of that punishment, exploiting the limited freedoms of inhumane confinement, maximizing such restrictive conditions for capital gain—the same profits that merely perpetuate the incarceration of more African Americans for longer periods of time. I won’t even mention the effects of exploited prison labor on the working class. While poverty in the U.S. continues to plague the general public, highly-skilled positions are going for $1 an hour in the private prison sector. No wonder we can’t find jobs; our furniture and home appliances are being produced by rent-a-slaves, now. I hope this isn’t what Big Business means by “Made in America.” If so, I don’t want no parts of it.

[Editor’s Note: This article was contributed by Lamont Lilly. Lamont Lilly is a contributing editor with the Triangle Free Press, who recently served as an organizer with Cynthia 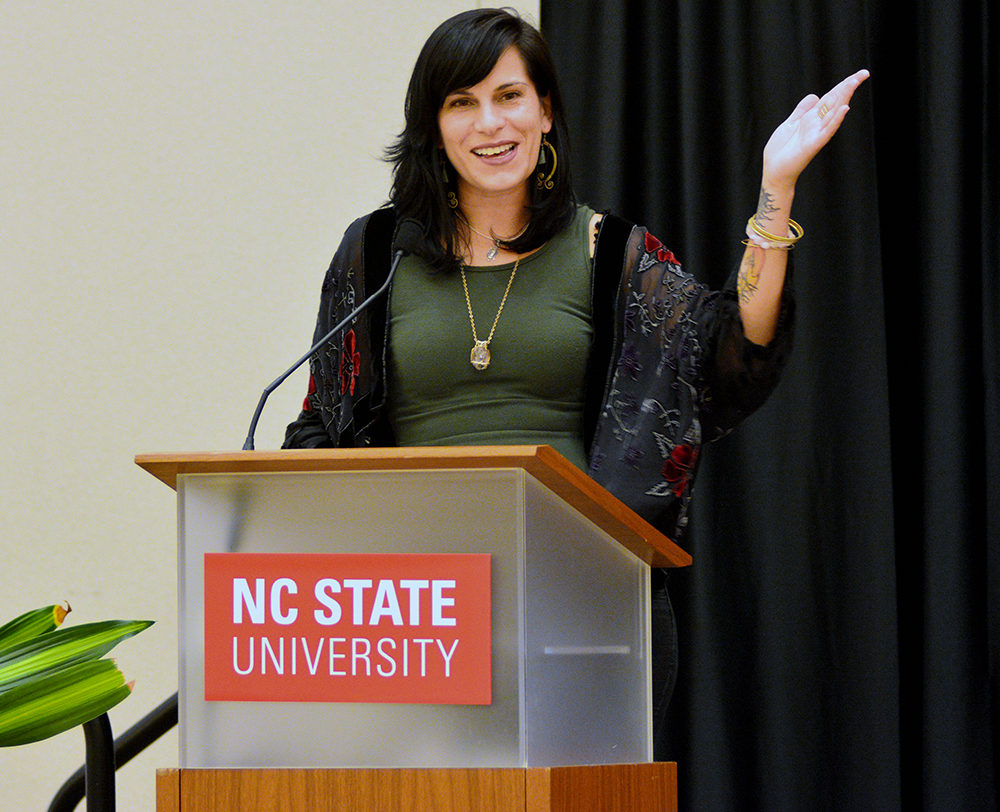 Underclassmen vs. Upperclassmen, Does a Division Exist?