On February 1, 1960 Ezell Blair Jr., Franklin McCain, Joseph McNeil, and David Richmond sat down at the Woolworth counter in downtown Greensboro, North Carolina. They placed an order for food, and despite being denied service due to the color of their skin, refused to leave until they were served food, just like any other paying, white customer. Although the results of their non-violent sit-in were not immediatNorth Carolina and April 28, 1960 in Dallas, Texas. This year marked the 50th anniversary of the nationwide Sit-in Movement, which was sparked by those four North Carolina Agricultural and Technical State University (NC A&T) students.

The daughter of a NC A&T alumnus, instilled in me is an innate sense of “Aggie Pride”, and also an immense appreciation for the courageous act that these young men preformed. While the society that they lived in preached the idea that blacks were inferior to whites, and that there should be no mixing of the races, these young men were not only idealistic and individualistic, but also proactive enough to make efforts to change the narrow views of society. This being said, in the three short months that I have been a student here at NC State, I have noticed a disturbing trend in the attitudes of some of my African American peers. In regard to racism, they simply do not care.

In one particular instance a group of friends and I were hanging out and decided to go back to one of my friends’ dorm room. When we opened the door to his room, sitting on his desk we found a cup of freshly picked cotton, with a profane note attached to it. My friend’s roommate informed him that two of his (white) suitemates had done it. Whereas my first instinct was to call campus police and report the incident, my friend did not see the act as overly offensive or insulting and simply let it slide. In my opinion that was not a joking matter, and should have been formally addressed. Too many people spent their lives working in someone’s field day in and day out picking cotton, to let something like that be swept underneath the rug. Since the situation was not directly aimed towards me, all I could do was encourage my friend to call campus police, or at least talk to the people that had done it.

In another instance, classmates and I were discussing an incident that occurred a few years ago on campus, in which a white student informed another black student that if they were unhappy here in the United States, they (the black student) should “go back to Africa.”  We talked about the way in which the student handled the comment, and the controversy that followed. Many of  my classmates felt as if the black student had “blew the situation out of proportion” and that they should not have said anything at all, because there “will always be ignorant people.” To say that I was shocked by these statements would be an understatement. While it is true that there will always be some people whose minds cannot be changed, it is also true that if you allow people to disrespect you, then they will continue to do so.

It seems to me that many of my peers are under the impression that in today’s society African Americans have reached all the milestones that we need to reach and that race relations between blacks and whites will never return to the way they once were. However, if today’s generation continues to have such an apathetic attitude toward serious racial issues and continues to simply ignore incidents that occur, the problems will persist and grow in magnitude.  It has been said before, that a history not taught, will repeat itself. I am not saying that everyone should be a radical activist; however I am saying that today’s generation of black youth should be more educated on the Civil Rights Movement and Jim Crow in America. If more people actually knew about the struggle, hardship, and pain that so many people endured in order for African Americans to have so many of the freedoms that we have today, people (especially today’s generation of African American youth) would have different, less apathetic views on racial insults and slurs.

A League of Extraordinary Men: Chivalry is Not Dead 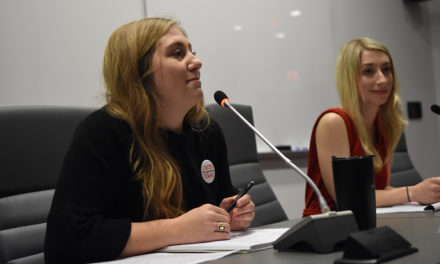