Virginia Tech suffered a devastating tragedy two years ago Apr. 16 2007. For those who don’t know, 32 people were killed and 21 more were injured on that Monday morning at Virginia Tech University, located in Blacksburg, Virginia. Many of the victims that were injured or killed were students in dorms or in classrooms. Due to the chaos and situation many people were found crouching down in order to find cover and to keep from getting hurt.

Many students may have known someone or may have been mournful at the time of the shooting but unfortunately because it didn’t occur in the proximity of home many people did not feel they were affected. When I asked a few students randomly, about the Virginia Tech anniversary, many were oblivious to the date at all, and a few had to be reminded of what the event was.

Terence Patterson a senior in sports management said “No. I wasn’t aware that it was the two year anniversary of the V. Tech shooting. The fear of school shooting happening has tremendously died down over time. When I think about it, it makes me wonder how someone could take the lives of innocent people like it’s nothing. I actually had the opportunity to visit V. Tech the summer after the shooting and I got to see the memorial and the building where the shooting occurred. It was a very scary feeling being on the site just months after the incident. I do feel people really don’t think about it as much anymore just because it’s been a while and other incidents like this haven’t occurred in a long time. It is a very sad thinking about how those young adults, the same age as myself, won’t have the opportunity to live out their dreams and it’s even more devastating thinking about how their families feel, I could only imagine. I send out my prayers to those families who had loved ones lost in the horrific shooting.”

Although some students were not aware of the tragic incident others were well aware of the shooting and had a few words to say about it as well.

Junior in business management, Tre McQueen said, “Yes I am aware of the anniversary. It still makes me feel for the families that lost loved ones that day. It makes me realize not to take life for granted.”

Freshman in math Toneka Walker, says ” I remember the V.Tech shooting and I feel that it is a shame that so many young people lost their lives. One guy was from my home town and it’s sad he had such a short lived life because he as well as the others had so much in store for them.”

Needless to say this event has touched many people and needs to be recognized. Innocent people who were the same ages as the students here on our campus were killed for no reason at all. Even though the anniversary has passed, please take the time out to remember those who have been lost and those who have lost loved ones. From the Wolf Pack family our condolences will always be with the students and faculty at Virginia Tech University. 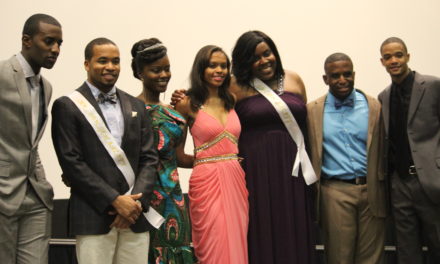 The Nubian King and Queen on the Block

Fact vs. Fiction: How gender roles affect sex and relationships