Obama’s Inauguration is a Milestone, Not a Finish Line

With record numbers in the nation’s capitol, and an excited and hopeful United States looking on, President Barack Obama took the oath of office around midday, January 20, 2009. His inauguration signaled the beginning of a new presidential administration and the end of one of the longest and most hotly contested presidential races in American history.

While President Obama has signaled he shares the optimism for America’s future with many of his supporters, his recent speeches have shown his concern that some are expecting the inauguration to trigger some sort of miraculous, instant fix for all of America’s myriad of problems. Obama’s Presidential inauguration was an extremely important moment in American history, and was accompanied with the type of hype and excitement worthy of such an event. It is without a doubt one of the most important moments in the history of this country, and it is an encouraging landmark in America’s continued fight against racial oppression, and struggle to become a nation of freedom and equality for all.

However, throughout American history, major achievements do not mean the country’s work is done in any sense. In almost every instance, major events in American history have meant an opportunity for the nation to seize the moment and make positive change, not that the struggle was over or would even be over soon.

For example, an unfortunate result of the popularity of Martin Luther King, Jr.’s “I Have a Dream” speech is that too many people incorrectly think that after this speech was made, racial oppression disappeared from the American consciousness, segregation was instantly ceased, and the long struggle of African American’s was instantly over. King’s own actions after the speech, and even after his reception of the Nobel Peace Prize in 1964, show this appraisal of history to be incorrect.

After the speech, King still had to work, and work hard with then President, Lyndon B Johnson to push the Civil Rights Act through Congress. According to the Seattle Times’ website on King’s life, even after the Civil Rights Act of 1964 was passed, there were still marches that were violent, resulting in the brutalizing and intimidation of marchers in Selma, Alabama and Chicago, Illinois. Up until his death in 1968, King was still working tirelessly to advocate for voter registration, opposition to the Vietnam War, and anti poverty work.

Another example of a misperceived instant solution is Abraham Lincoln’s Emancipation Proclamation. According to the National Archives and Records Administration, even after the proclamation was made, slavery was still legally persisting in the border states, and southern states under Union control. Also, Lincoln himself issued the order with the hopes that many of those freed slaves would help his struggling Union Army by enlisting and fighting their former masters in the South.

Even once the war was over, African-American still were not legally free in all states as the Proclamation did not apply to the border states. Slavery was not officially ended in the United States until the ratification of the Thirteenth Amendment in December of 1965.

Last Tuesday was an amazing moment for America, and for African-Americans in particular. It signified how we have progressed as a country so far and so fast. But it does not mean that our troubles are now completely over, or that there is still not plenty of work for President Obama and the country, as a whole, to do to achieve our plethora of goals.

In every successful instance, Americans believed that major did not mean that the journey to justice was finished, but that it could be finished. Whether your concern is racial equality, economic opportunity, or foreign respect, it is not reasonable to believe that all our problems will be instantly fixed, but it is completely reasonable to believe that there is hope that one day they will be.

If You Believe in the 1st Amendment Right, You Can’t Say No to The Mosque 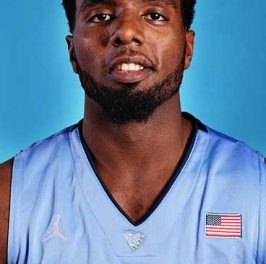 #FreePJMovement Comes to an End