If you ask anyone how they feel about their identity, he or she will most likely say that it is quite important to them. It is important to them because their identity arises from how people view them in daily life. Now there are some people who do not care about what people think of them and their personality reflects that.
But what happens when there is a crisis concerning the process of one defining his or her identity? When someone is labeled as something with which he or she personally does not identify, how does the person successfully show people that they are more than what people have labeled them?
Looking more deeply, even if someone is able to show people that they are not like what he or she has been labeled by acting out in different ways, how does the person convince his or herself that they really are better than some negative label?
Sociologically speaking, identity formation is the process of the development of the distinct personality of an individual regarded as a persisting entity (known as personal continuity) in a particular stage of life in which individual characteristics are possessed by which a person is recognized or known (such as the establishment of a reputation).
This process defines an individual to others and his- or herself. Pieces of the entity’s actual identity include a sense of continuity, a sense of uniqueness from others, and a sense of affiliation.
Identity formation leads to a number of issues of personal identity and an identity where the individual has some sort of comprehension of him or herself as a discrete, separate entity.
This may be through what is known as individuation, whereby the undifferentiated individual tends to become unique, or undergoes stages through which differentiated facets of a person’s life tend toward becoming a more indivisible whole.
Some common areas of concern with identity include self-concept, cultural identity, religious identity, professional identity, gender identity. Self-concept or self-identity is the sum total of a being’s knowledge and understanding of his or her self. The self-concept is different from self-consciousness, which is a basic awareness of one’s self.
Components of the self-concept include physical, psychological, and social attributes, which can be influenced by the individual’s attitudes, habits, beliefs and ideas. These components and attributes cannot be condensed to the general concepts of self-image and the self-esteem, as the information about attitudes, habits, beliefs, and ideas is too extensive.
Cultural identity is the (feeling of) identity of a group or culture, or of an individual as far as she/he is influenced by her/his belonging to a group or culture. Cultural identity is similar to and has overlaps with, but is not synonymous with, identity politics. Cultural identity remarks upon: place, gender, race, history, nationality, sexual orientation, religious beliefs and ethnicity.
The term “religious identity” refers to the personal practices related to communal faith and to rituals and communication stemming from such conviction. What is considered to be strong conviction in some religions is up for debate, since it is such a subjective topic of discussion.
In business, one can adopt a certain professional identity by adhering to at least most, if not all, of the proper business practices for a given site. For example, one would do what is best for the company for which he or she works, even if they have a personal objection to some work policies or rules, to help develop a professional identity.
In sociology, gender identity describes the gender with which a person identifies (i.e, whether one perceives oneself to be a man, a woman, or describes oneself in some less conventional way), but can also be used to refer to the gender that other people attribute to the individual on the basis of what they know from gender role indications (social behavior, clothing, hair style, etc.). Gender identity may be affected by a variety of social structures, including the person’s ethnic group, employment status, religion or irreligion, and family.
Now when developing an identity, one is often careful about what they do personally and how they associate with others since their personal choices and how they associate with different types of people can affect their life chances, which refers to the types of things they will get to experience as their lives progress on. So an identity crisis can be dealt with positively; you just have to be true to yourself, as a modern Shakespeare would have stated it.

Art Anyone? Latino Heritage Month kicks off with empowering exhibit 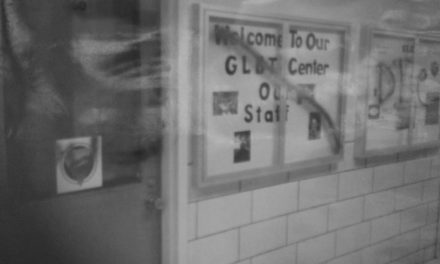