The BA 2 Variant: Another Surge On the Way? 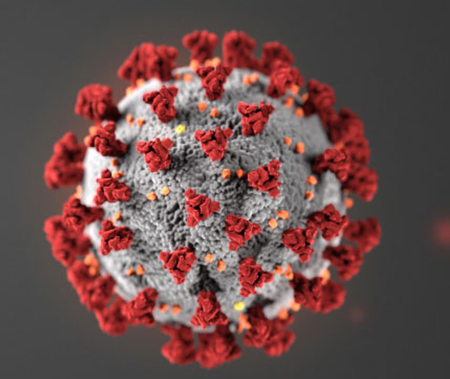 The Omicron variant of the Coronavirus had devastating impacts on the world, and now experts and the general public are questioning what impact its subvariant, BA.2., will have.

BA.2. has recently been thrust into the spotlight of American media but the variant has already been in the attention of health professionals for a while. The World Health Organization (WHO) has already released a statement on BA.2.

On Feb. 22, 2022, WHO released a statement on BA.2 in which they said: “Studies have shown that BA.2 has a growth advantage over BA.1.  Studies are ongoing to understand the reasons for this growth advantage, but initial data suggest that BA.2 appears inherently more transmissible than BA.1, which currently remains the most common Omicron sublineage reported.” The main focus of the article was to give general information about the differences between BA.2 and BA.1. At the time BA.1 was the main subvariant of Omicron. WHO made it clear throughout the statement that the number of overall cases has been decreasing although that may not be the case for much longer.

BA.2 has already caused a rise in case numbers in European Countries such as Great Britain and Germany. The variant has been shown to be more infectious than the BA.1 variant of omicron. Case numbers may be dropping at a national level but the remaining cases are mainly the BA.2 variant.

On Mar. 20, 2022, Dr. Anthony Facui shared his thoughts on BA.2. on This Week with George Stephanopoulos.

When asked for his general thoughts on the variant, Fauci responded with: “Well, as was said, it has a degree of transmission advantage over the original omicron, but not [a] multi-fold advantage. So, it’s about 50 to 60 percent or so more transmissible, which means ultimately over time, it might take over as a dominant variant. Clearly, throughout the world, it’s about 80 plus percent, 85 percent of the isolate. In the United States, it’s still somewhere around 30 percent.”

It is known that BA.2. is more contagious than the BA.1. variant of omicron; So how do they differ in severity? Fauci claims “So, it does have an increased transmission capability. However, when you look at the cases, they do not appear to be any more severe and they do not appear to evade immune responses either from vaccines or prior infection.”

This statement does support the information found from the surges in Europe. The surges in some European countries have been fairly short compared to the initial Omicron surges. In some countries despite the cases rising, hospital admissions have either remained the same or only risen slightly.

Although there have been some rapid increases in cases. In Britain, hospital beds have been filling up mainly with those in the age group of 70 or older. They plan to start administering fourth doses this upcoming week.

The United States is in a similar situation to these European Countries. There’s more relaxed regulations and mask mandates are continuously being lifted. As for the citizens, many of them have not recently received a booster shot.

Fauci commented on the similarities in situations,  “So, the bottom line is we likely will see an uptick in cases as we’ve seen in the European countries, particularly the U.K., where they’ve had the same situation as we’ve had now. They have BA.2. They have a relaxation of some restrictions such as indoor masking and there’s a waning of immunity.”

Despite this Fauci is not expecting a surge, “Hopefully, we won’t see a surge. I don’t think we will. The easiest way to prevent that is to continue to get people vaccinated. And for those who have been vaccinated, to continue to get them boosted. So, that’s really where we stand right now…We can expect to see an increase, yes.”

In response to being asked, “What more can we be doing to protect against another surge?” Fauci replied “I mean we only still have about 65 percent of our population has been vaccinated and — of the total population. And of those who are eligible for a booster, only about 50 percent of them have been boosted. There are a lot of things that we can do from a public health standpoint.”

Fauci also shared some other statements on possible preventive measures that should happen or that are in progress, “The other thing we can do — and I hope that we get the funding from Congress to do this, is to continue to build up our supply of anti-virals, of tests and of the ability to get boosted. I mean we have a number of clinical trials going that are trying to determine what the best combination of boosting is to get both effectiveness and durability. So, we just can’t stand still, particularly as we appear to be in somewhat of a lull in the cases, where cases continue to come down, deaths continue to come down and hospitalizations. That’s no time at all to declare victory because this virus has fooled us before and we really must be prepared for the possibility that we might get another variant and we don’t want to be caught flatfooted on that.”

This situation is surrounded by uncertainty. There is not much information available now but in general the money in the Federal Covid fund is running out and it is unknown how much more it will get. It also seems unlikely that strict mask mandates and Covid regulations will be coming back.

Many experts are in agreement that case numbers will be going up. The main question seems to be how severe will this be. 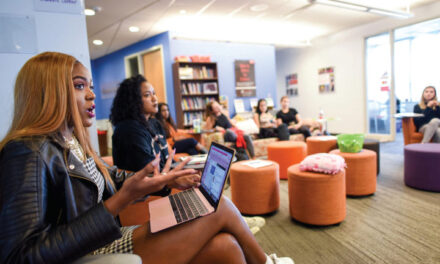