What’s Going On With the United States Postal Service 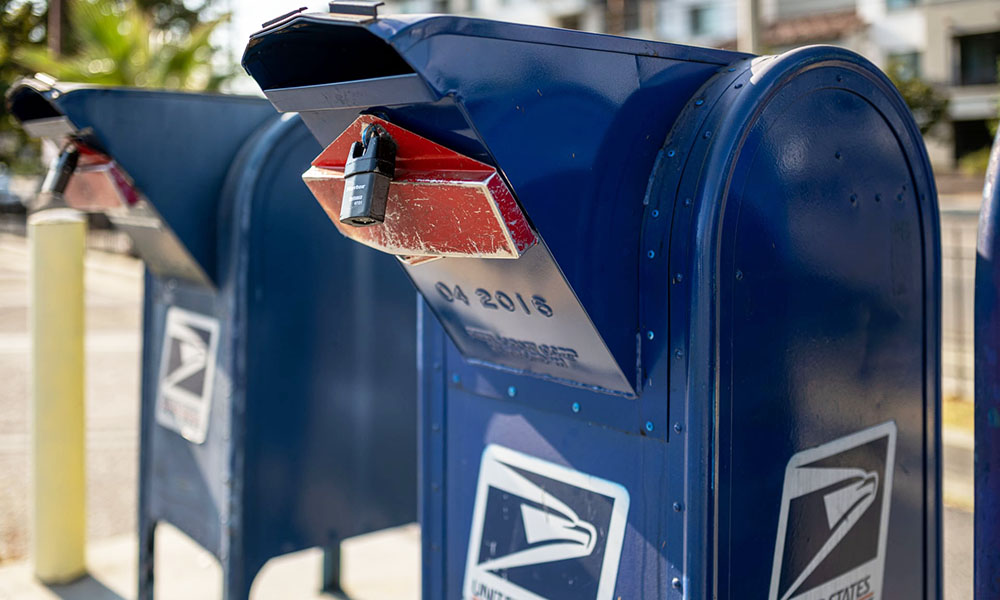 All of these are headlines from major news outlets targeted at addressing what could change about the United States Postal Service (USPS) and how it could affect citizens of America. It is not new news that Donald Trump is not a fan of mail in voting as he has made it known through his tweets.

On May 26, 2020, he tweeted “There is NO WAY (ZERO!) that Mail-In Ballots will be anything less than substantially fraudulent. Mail boxes will be robbed, ballots will be forged & even illegally printed out & fraudulently signed. The Governor of California is sending Ballots to millions of people, anyone….. living in the state, no matter who they are or how they got there, will get one. That will be followed up with professionals telling all of these people, many of whom have never even thought of voting before, how, and for whom, to vote. This will be a Rigged Election. No way!”

Donald Trumps words on Thursday August 13th confirmed where he stood on the USPS. Donald Trump said he did not want to fund the USPS because he would not like it to be used for mail-in voting come elections this November.

In May, the House of Representatives passed a $3 trillion coronavirus relief package, which included relief funds for the USPS. This is due to the USPS stating that without additional support, it may not be able to meet deadlines for delivering voting ballots.

As a response to the relief package, Donald Trump appointed Louis DeJoy as US Postmaster General. Louis DeJoy is a known supporter of Donald Trump — he has donated more than $2 million to Trump since 2016.

Since Dejoy has been postmaster general, he has banned postal workers from working overtime and making extra trips to deliver mail on time, removed over 600 mail sorting machines and either locked up or taken out letter collection boxes. While Dejoy has stated he won’t make anymore significant change to the postal service till after the election, the effects of the changes that have been made are being felt — an example: mail delivery has slowed down.

As the USPS prepares for what’s to come, they have sent notices to  46 states– North Carolina included–  and D.C. that warns that they may not be able to guarantee that mail in all ballots for the November election will arrive in time to be counted. Millions of voting Americans planning to use a mail-in ballot have stated that they feel hopeless as they are being told that no matter what they do their voice could be left uncounted for.

1 in 5 Americans live in rural America and the poverty rate is lower in rural areas than in urban areas. This means that many won’t be able to receive their mail since they can’t afford to use private businesses.

The USPS is the only mail service that is legally required to deliver all mail to all postal addresses in all regions. Without the USPS, rural America will not be able to receive their daily necessities.

The USPS being defunded would have a major impact on their workers. Nearly 20% of USPS employees are veterans, over 20% are Black and 8% are Hispanic. The USPS was one of the few places that accepted and provided work for veterans after the Vietnam war, especially Black veterans, and veterans who fought in the Middle East.

Also, there has been increased evidence that these groups — veterans, Black and Brown citizens — all have a disportionately higher chance of contracting coronavirus.  Postal workers go house to house and business to business, potentially exposing themselves to coronavirus. While America has been struggling to contain the spread of coronavirus, postal workers were at the forefront of it all. They continued to do their job as diligently as they could in the circumstance they were presented with.

Individuals are not the only ones who are dependent on the mailing system as many online shopping marketplaces such as Amazon, Walmart and Target. Also UPS, DHL, and FedEx use the USPS to deliver some of their packages from warehouses to packages’ final destinations. The USPS helps these marketplaces and carriers manage their orders by allowing them to deliver packages to local Postal Offices; where postal workers make deliveries for them within a certain radius.

While it is true that the USPS does not produce a profit, this article articulated how Americans are dependent on their services. The USPS has decreased it’s full-time, benefited employees from over 750,000 in the mid-1990s to under 500,000 today. These are one of the actions the USPS has actively worked to reduce the money that it is spending to reduce its deficit.

The USPS is not a typical business that operates solely to turn a profit. It is a public good that the constitution intended for the people of America to have. Without the USPS a lot of the benefits such as speed delivery will no longer be a normality but a luxury.

A Teachable Moment: A Response to the Technician “Shadow of The Past” Cartoon Excerpt

Fact vs. Fiction: How gender roles affect sex and relationship baggage: A closer look at the collegiate perspective