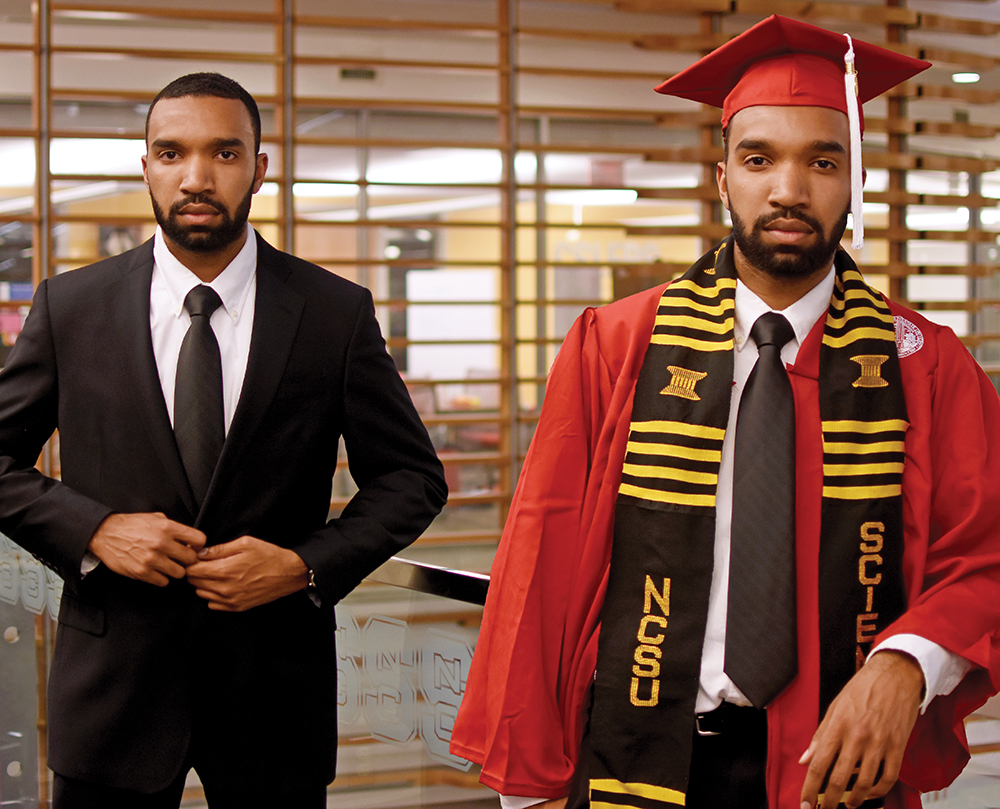 In his 2008 interview with “Inside the Actors Studio,” Dave Chappelle said, “Every Black American is bilingual. All of them. We speak street vernacular and job interview.”

This statement encapsulated an everyday experience amongst black professionals. The practice of consciously or unconsciously switching between African-American Vernacular English (AAVE) and Standard American English is routine for many black Americans who are attempting to gain success and stature in the business word.

This is the act of code switching.

“Code switching is simply using one [language] variety and then shifting predominately to another variety,” said Dr. Walt Wolfram, a distinguished professor at NC State and a sociolinguist who studies social and ethnic dialects of American English, like AAVE.

“[There’s also] ‘code meshing,’ where you mesh codes in ways that combine them,” said Wolfram. “That gets away from some binary things like, ‘You use this code at home, this code at school.’ When in reality, people may use different codes in both places in different situations.”

Neil Hairston, a Career Ambassador and fourth-year student studying psychology, describes his usage of AAVE and his unconscious ability to code switch. “For me it is a very contextual thing,” Hairston said. “When I’m here at State, [I use] not as much [AAVE]. It depends on where I am. When I go back home and I’m around a lot of people I grew up with, it tends to show itself more. It’s a very unconscious thing, but I’ve slowly become a little more conscious of it.”

One of the most complex environments to use code switching is in the workplace. Black professionals have to constantly decide whether or not to use AAVE and if there will be consequences. Words like “bruh” and “yo” blur the lines between common terminology and AAVE, often making it difficult for blacks to maintain professionalism while staying true to themselves and their identity.

Black professionals, students and intellectuals often find themselves being criticized for the way they speak by people from their own communities. Comments like “You sound white” or “You act like a white person” often haunt them when interacting with friends and family.

Another Career Ambassador, and third-year studying statistics, Lexi Bynum says that she hears this when returning home: “Whenever I go home, they say that I ‘talk white’ because I talk with more enunciation and more ‘properly’ than they do.”

Wolfram gave context to the term “talking white.” He said, “The whole notion of talking white developed during the last half century as African-American speech became more emblematic in terms of culture. The notion of black and white speech developed out of the concept of ‘acting white,’ which developed in a highly segregated context. Black speech and acting black became an oppositional thing, and speech became tied up with that with that oppositional identity.”

On the other side of the spectrum, black people can often be ridiculed for their use of AAVE. Hairston shared his experienced: “I used to say, ‘used to could,’ if I was talking about something I used to be able to do… ‘I used to could do that’… I don’t use it anymore because I got made fun of for it.”

Wolfram explained potential consequences of vernacularity. “Cases of linguistic profiling turn into incidents of linguistically based discrimination. An estimated four to six million of these cases occur every year,” Wolfram said. “There’s this association that if you talk like that, I don’t know how credible you are because there’s an association with intelligence and credibility. It’s not just about language. It becomes about character and competence.”

Last week, Wolfram attended screenings for his documentary, “Talking Black in America,” which focuses on black dialects across the U.S. and the Bahamas. “It talks about the legacy and what AAVE has given to American English.,” Wolfram said. “The idea is to change the narrative from one of controversy and negative stigmatization to embracing positive respect for the systematicity.”

While the usage of AAVE can be harmful to social stature, it’s an important aspect of black culture.

“It’s a way of feeling connected in a community that has gone through so much,” Bynum said. “Hearing AAVE lets me know I’m in a safe space. The person I’m speaking with knows some of the struggles I have been through.”

Bynum suggests that it is important to conduct yourself in a manner that is both professional and true to yourself.

“Be yourself,” Bynum said. “It is so easy to fall into the habit of trying to be this perfect candidate for the job, but sometimes this comes off as formulaic and robotic. You want to be the person they think about later and remark on how much they liked you. You can’t do this without being your authentic self.”

When moving from college into the professional world, it’s important to find a happy medium. Situations like client meetings and proposals may require standard American English. However, aspects of AAVE can be incorporated in ways that still maintain professionalism. Research the company you will be working for, get to know what the people there and find a way to be your authentic self while chasing down your dreams.