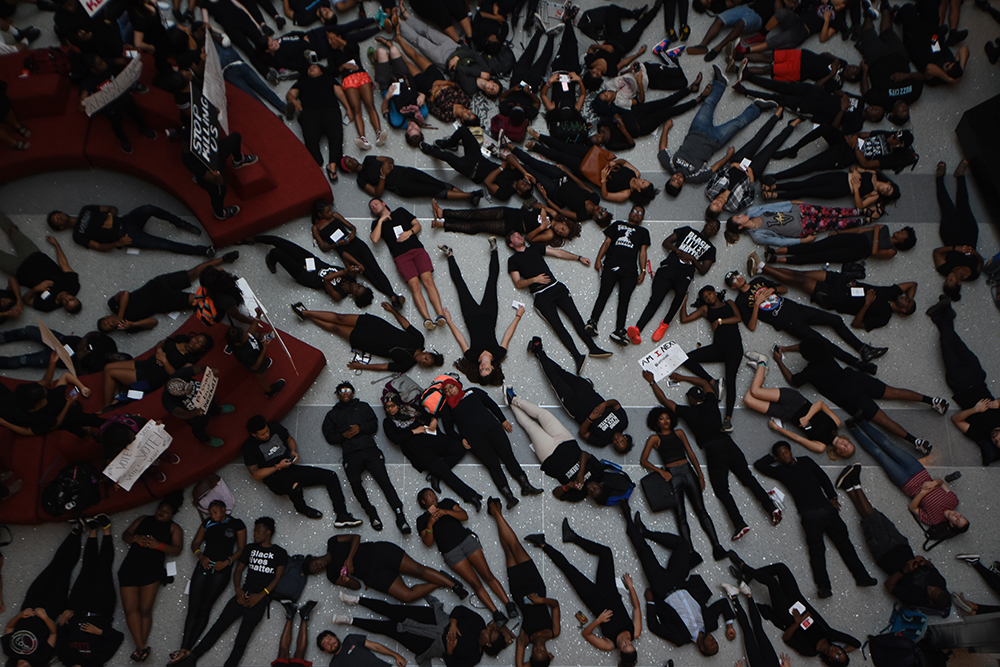 NC State students fill the Talley Student Union atrium on Sept. 23 for a “die-in” as a form of nonviolent protesting. Students laid down and filled the floor to represent those who have been unfairly murdered.

The University of North Carolina’s Board of Governors adopted Policy 1300.8 on December 15, 2017, a policy that changes the ways students are allowed to protest and hold demonstrations on colleges and universities within the UNC system. The board created the policy after the General Assembly mandated the UNC Board of Governors to develop and adopt the policy.

What this means for students:

Editor’s Note: A previous version incorrectly stated that Governor Roy Cooper signed the law mandating the Board of Governors to create the free expression policy.