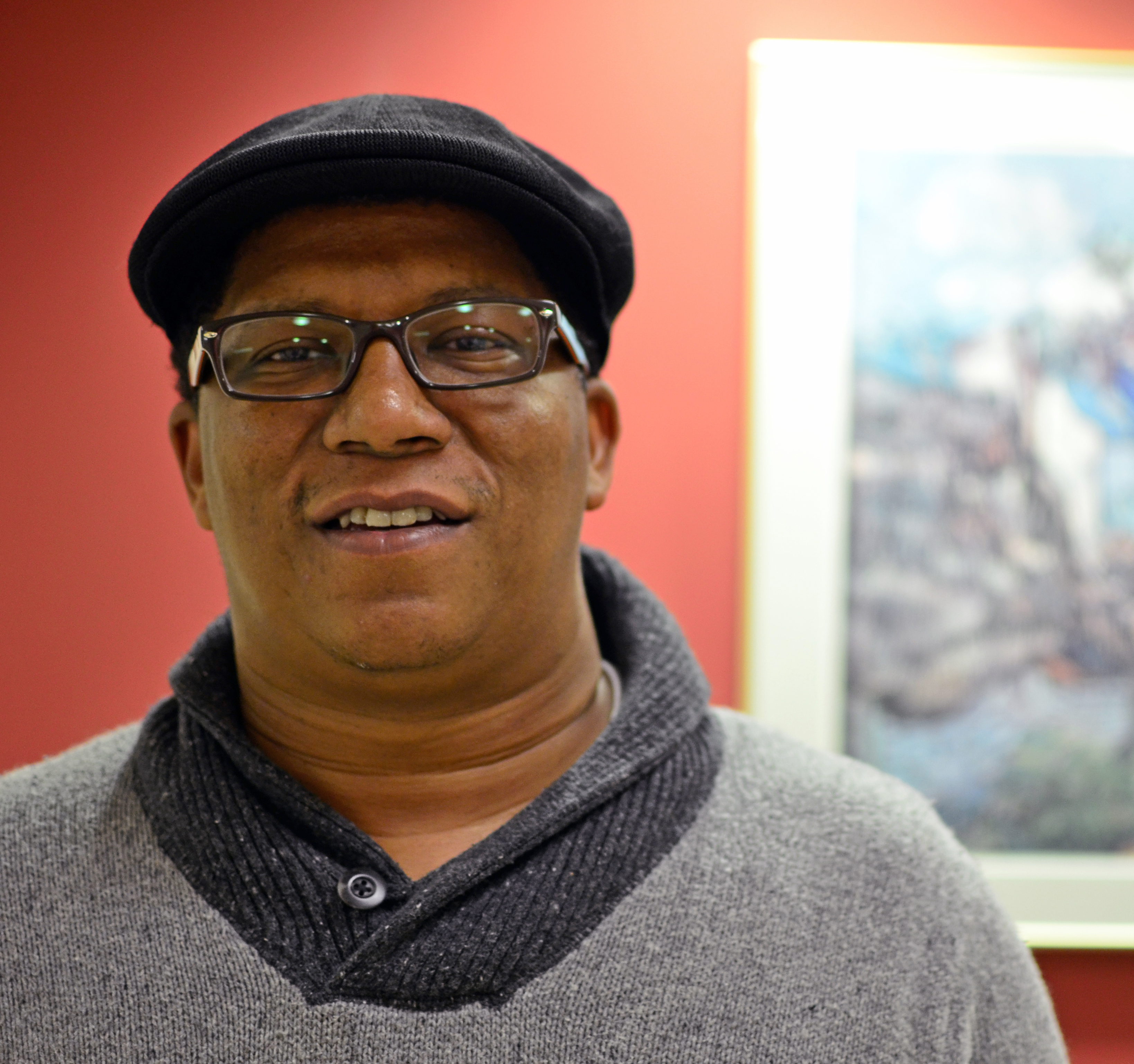 Jordan Taylor/Staff Photographer
Stephen Clifford Ferguson is a new professor in the philosophy and religious studies department. He encourages students to get involved in philosophy because it can help develop a lot of critical thinking and logic skills. He teaches several courses, including Philosophy of Race and Africana political studies. Here he stands in Withers Hall on Nov. 7 2017.

Stephen Ferguson joined NC State’s Department of Philosophy and Religious Studies this semester as a tenure-track professor. Ferguson earned his bachelor’s degree in history and philosophy at the University of Missouri and earned his master’s and PhD in philosophy at Kansas State University.

Before coming to NC State, Ferguson worked in the Department of Liberal Studies at North Carolina Agricultural & Technical University, a historically black college. There was no philosophy department and, because of shrinking funding, he could not implement any philosophy in his tenure at NC A&T.

“I thought it would be a much more stable move to come to Raleigh,” Ferguson said. He was looking forward to teaching philosophy again too.

Ferguson was interested in students of color and their role on NC State’s campus. “I think State is at one of those major turning points,” Ferguson said. “The question is what students’ role is in the change coming down the pipeline. It seems the administration have adopted a diversity initiative, and I am not sure of the students’ role in that discussion. I am not clear on what students of color want from diversity on campus.”

He then spoke about the welcoming environment at NC State’s philosophy department. His transition from a historically black college to a predominantly white institution has been smooth, and his colleagues have been very candid in having open and honest dialogue about diversity.

“This has been a fun experience,” Ferguson said. “There is a general openness, and I think the timing is perfect to offer the courses I have.”

Ferguson’s educational and philosophical journey started with what he feels is an essential part of the college experience: Activism.

“I got interested in politics through student activism,” Ferguson said. “I really wanted to understand politics. I had a good mentor, John McClendon, who introduced me to philosophy. John McClendon was involved in the second generation of black philosophers who graduated with a PhD in philosophy.”

Ferguson thinks of activism as a laboratory in which students can figure out the best methods to challenge power. “Black studies would not be a thing without student protest, and women’s studies are a byproduct of student protest,” Ferguson said.

He also highlighted a difficult part of student activism. Students cycle through college in four years while the administration is in power for much longer, giving little time for students to reflect on their activism.

One of the main issues on Ferguson’s undergraduate campus was the student government’s desire to cut back on funding for black programming on campus. During this struggle, Ferguson began reading the works of philosophers like Karl Marx, Vladimir Lenin and Robert Allen.

“All the revolutionaries of the past were Marxist and were a big influence on me,” Ferguson said.

However, Ferguson’s biggest influence was the work of political philosopher and Pan-Africanist Kwame Nkrumah, who led Ghana’s fight for independence from British colonial rule and served as Ghana’s first prime minister. Ghana was the first sub-Saharan country to gain its independence.

“One thing that came out of these readings is study groups and discussions,” Ferguson said. “They molded me to think of philosophy, to use philosophy to solve every day social issues. Another part of my work is political. It is tied to the relationship of politics and philosophy.”

According to the article “What Is the State of Blacks in Philosophy?” published in Critical Philosophy of Race, only 1.32 percent of professionals affiliated with U.S. philosophy departments are black. When asked about being a black man in the field, Ferguson could not help but chuckle and quote black philosopher Charles Mills.

“Charles Mills said it is the whitest of all the disciplines,” Ferguson said. “The hardest part is making the case that black philosophers and topics they talk about have a legitimate place in philosophy. Unfortunately, I’m not sure how open the canon will be to black philosophers, and a lot of that has to do with people not knowing who they are. A part of my research is pulling back the veil on some of these black philosophers and the role they played in history.”

Ultimately, Ferguson cherishes the impact his work will have on younger generations.

“There’s a sense of philosophy being a guide through these big questions. My work is kind of a guidebook to your generation. I see myself as bridge between the next generation and the previous generations.”