This previous October, NC State alumna Tensie Taylor, came back to speak about her new book Bullied From Terror to Triumph: My Survival Story. During her speech she discussed how she was criticized early and often in her academic career because her success led some of her peers to say that she wasn’t “black enough”. Oddly, it was by pure chance that I ended up in her presentation, but the topic of having to constantly reaffirm one’s blackness has been in the front of my mind for some time now.

The devastating practice of limiting blackness causes deeply rooted rifts to become even harder to overcome. I interviewed students from many different walks of life and combined what they said during those interviews with my own experiences. While we have very little else in common, we all shared the experience of being told that we aren’t black enough.

The sad part is there was such a wide variety of reasons why we were deemed as not black. Everything from attributes as apparent as physical features, all the way down to traits as minor as having a respect for coaches. All these are reasons we are labeled as not black enough.

Matthew Wright is a junior studying graphic design. He touched on his experience of being called “barely black” by a friend.  “I had a friend recently who said I didn’t look black because my features weren’t typically black and I have a small nose,” Wright said. “Also he said I didn’t act stereotypical.”

I want to know “what is acting stereotypical?” Would it be aimlessly lusting after various women to the point of being unable to complete his work? Or would it be speaking with very lax following of grammatical principles combined with expletives? The expectations placed on black people are so pointless. Not to mention they require a constant high wire juggling act for the average black person.

How people speak was shared by almost all the people I interviewed as a reason why their blackness was constantly in question. Since I came here to State, people have told me that I talk white, yet others have had to deal with this critique much more than I have.

Lauren Howard, a senior majoring in communications media, said, “The way I speak is different and teachers always used to say that I was so well spoken. You know you just have to deal with those microaggressions.”

The crazy part is the heat is turned up even more for the black population on this campus. Attending a predominantly white institution comes with a set of problems that turns the already barely attainable expectations into the undoable. We are asked to not be too loud, too aggressive and we are not allowed to be too “stereotypical.”

There is a flipside to this coin of division as we graduate and become successful. The idea is that because I and others have made it out everyone who is beneath me is inferior. We get jobs with high salaries and benefits, and then, all of a sudden, everyone who didn’t make it out is lazy. This attitude is just as common as the one that says you must listen to only rap and R&B to be black. My personal experience of being around judgemental people with degrees who turn their nose up at the people they grew up with because their lives didn’t go in the same direction has been very disappointing.

Anyone who pushes respectability politics and elitism on those of us at four-year universities is missing the point as well. Black excellence is not limited to those of us who have master’s degrees. It is not limited to those of us who speak well enough to trick a potential employer to think that we’re white if they’ve only interacted with us over the phone. The sad part is many of us are happily blind to what is going on so we continue to practice these deleterious habits.

Please allow me to let you in on a little secret. The system of divide and conquer is stronger than it has ever been. Whether it be the constant stream of memes saying dark skinned or light skinned girls are winning or the many different religious and spiritual practices that somehow make groups harbor a disdain for each other, it all feeds the systems that allow the thought of black people hating each other for 400 years true. This prediction was said to be made by Willie Lynch who many have said didn’t actually exist.

So before you call someone white or an “oreo” because they listen to different music than you, realize that you are as much, if not more problematic, to the black community than the klansmen who screams that Obama is a Kenyan socialist terrorist. Next time you say, “Oh you’re not really black” to someone because their speech is too formal and their diction lacks certain pronunciations and Ebonic terms, know that you are no better for the well being of black people than a politician who panders to us for the black vote only to show an unexplained animus towards the same constituents they made endless promises to.

Promoting division between us may be one of the greatest tools of white supremacy because as the old adage goes, a house divided cannot stand. 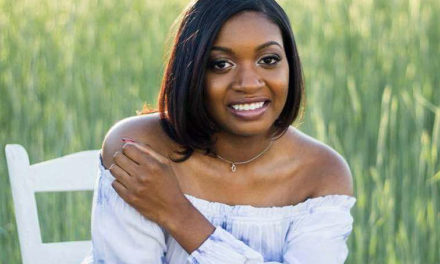